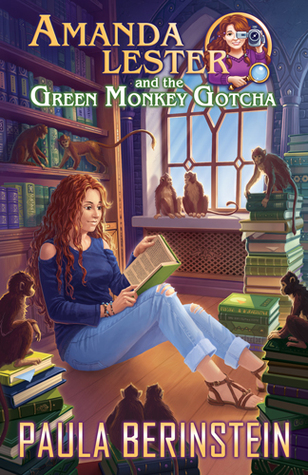 Just when you thought things couldn't get any worse...

A teacher has gone rogue, Nick's sister is in danger, and Holmes is missing. The last thing the detectives need is another problem.

But now a secret warning involving a mysterious green monkey has come to light and Amanda must investigate. Too bad she won't get the chance to discover what it means. Just as she begins to make progress the Moriarty brothers reappear, and this time they're mad, bad, and unstoppable. They're also coming for her.

I've been an Amanda Lester fan from the moment I read the very first chapter of the very first book, and this feeling definitely doesn't change with the newest venture. Packed full of mystery, action and so much more, this book continues the series with tons of excitement and surprises.

Everything in the world of Amanda and her fellow detective students is a mess. Nick and Holmes are both missing without a trace. The only thing Amanda assumes is that they aren't together. . .unless they both killed themselves while fighting, but that's not her first suspicion. The only bright spot is the reappearance of the detective Bible. But even this positive note turns off-key as a hidden warning against a green monkey is found in the pages. Amanda doesn't get a chance to sink her teeth into this mystery too far before the Moriarty brothers return, and she is their main target.

This isn't just a mystery. This is a mystery with endless twists, engaging characters, danger around every bend, a dash of teenage drama, and even a tiny bit of something almost magical. The author has woven layer upon layer of plots and sub-plots together until it forms an exciting and oh-so delightful adventure. Every character has grit, whether good or bad, and each one comes to life with their own history and desires. But like a masterful puzzle, it all has its rhyme and reason, and slides together in the end.

I love how Nick and Holmes have developed in relationship to Amanda, and how Amanda has grown not only in relationship to her friends, but in ways which make her a real opponent to some very clever villains. Of course, she doesn't do any of this alone, but has support from her friends even when there are stumbling blocks on this end. These kids might be very talented, but they have their troubles like any other teen. And it's this which makes them easy to sympathize with and root for.

There's always something going on, and every scene holds valuable hints to be used later on. Especially the smooth and continual switch between scenes and characters, never leaves a boring moment but allows the plot to unfold from every angle. Still, there are tons of unexpected twists and surprises making it impossible to predict what will happen next. 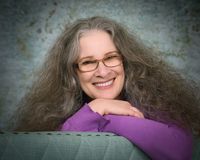 Paula Berinstein (Paula B) is the author of the Amanda Lester, Detective middle-grade/YA series, which features a descendant of the Sherlock Holmes character Inspector Lestrade and is set in the English Lake District.
From 2005 to 2012, Paula produced and hosted the popular podcast The Writing Show (http://www.writingshow.com). She holds degrees in English literature and librarianship from UCLA.

You can find out more about Amanda Lester:
http://www.amandalester.net