Mommy's Saturday with The Roanoke Girls by Amy Engel

I picked this one up thinking it'd be a possible upper YA read, since at least half of the story does focus on girls in their mid-teens. However, the material is very mature and not appropriate for younger readers. So, it's Mommy Saturday! 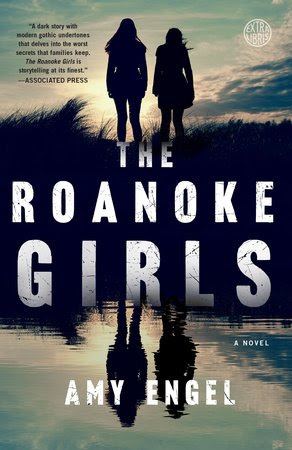 A gripping, provocative thriller about the twisted secrets families keep, perfect for fans of The Girls.Beautiful.Rich.Mysterious.Everyone wants to be a Roanoke girl.But you won't when you know the truth.Lane Roanoke is fifteen when she comes to live with her grandparents and fireball cousin at the Roanoke family's rural estate following the suicide of her mother. Over one long, hot summer, Lane experiences the benefits of being one of the rich and beautiful Roanoke girls.But what she doesn't know is being a Roanoke girl carries a terrible legacy: either the girls run, or they die. For there is darkness at the heart of Roanoke, and when Lane discovers its insidious pull, she must make her choice...

The author does a fantastic job at bringing these characters and their lives to life, making them dig deep into the reader's heart and remain long after the book's been closed.

A mid-twenties Lane is called home to Kansas when her cousin suddenly goes missing—a home she spent only one summer at and hasn't returned to for about ten years. Upon returning, she's frustrated at the seemingly lack of interest at her cousin's disappearance and decides to search for her herself. While trying to uncover any hints at what might have happened, Lane finds herself revisiting not only her past, but the terrible secrets generations of Roanoke girls have been harboring. Not an easy task since all have wound up dead.

This is a well-woven novel which digs into the heart and pulls at the gut as horrible secrets and situations unfold. The chapters dance between Lane's present, her past and even several other points of view, but this constant switch is never confusing. Rather, the scenes come to light exactly there where necessary and add a lovely richness to the tale. The aches and pains of this family are offered with all of their raw emotions, making it impossible not to get caught up emotionally in the pages.

The writing is very well done. Every scene sits and each conversation flows across naturally. Life in the odd Roanoke household comes across with vivid reality, each character adding their part and claiming their spot in the tale. It's an engaging read and easy to get lost in as the secrets come to light. Pretty much.

While the layers are thick and the secrets dark, the tension isn't nearly as high as I thought it might be, which in itself is by no means a negative to this book. Instead, of a constant feel of impending danger, this plot rolls through a family's terrible mistakes, sins and crimes. It was clear from the very first chapter what direction the entire thing would take—sexual/psychological abuse. And it wasn't a complete surprise to discover what had happened to the girls or even who was at fault and why. The constant and clear mention of the explicit behavior wore thin quickly. Unfortunately, this type of openness is not only something I usually steer away from, but, in this case, it also made the ending a bit too easy to predict.

All in all, this is a well done story which digs into characters and makes them unforgettable. It falls more into a Women's Fiction story than suspense (or so I found) and hits themes which have been done before. Still, fans of dark family secrets and women facing their pasts are sure to enjoy this one.

I received a copy from Blogging for Books. 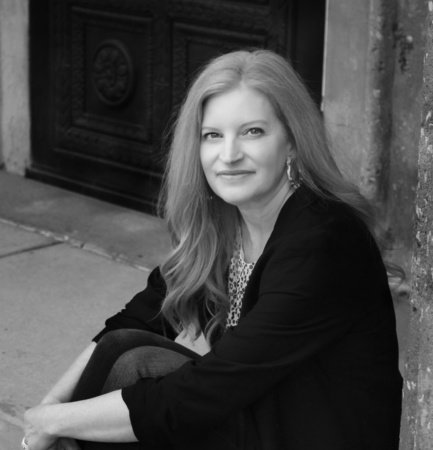 AMY ENGEL is the author of the young adult series The Book of Ivy. A former criminal defense attorney, she lives in Missouri with her family. This is her first novel for adults.