Sneak Peek: Seasons Within by Lele Iturrioz with Giveaway 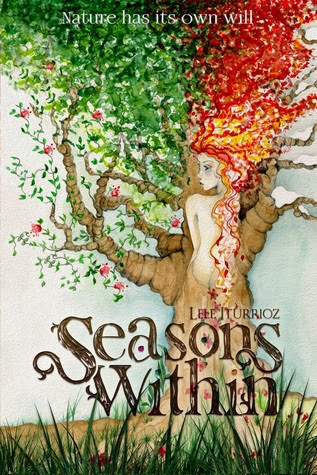 
Most teenage girls know their name, where they came from, who they are. Not G, a beautiful redhead with unusual markings on her wrist. She gets her name from a silver locket she keeps around her neck, unaware the engraved letter “G” on its front holds the secret to her past.
G’s life before the age of six has been a mystery to her. Each night for the last twelve years she’s been haunted by the same nightmare—a war. Horrendous beasts, warriors able to wield the four elements, and a boy who saves her by means of blue fire taunt her memory. But on her eighteenth birthday, G’s life begins to unravel. When she meets her new Chemistry professor, a man with an uncanny resemblance to the boy who saves her, she knows there must be more to her dreams.
It’s dangerous not knowing who you are, what you’re capable of, and what future awaits you. Especially when the darkness that slaughtered your entire world, just found you.


Wednesday…
The day was warmer than usual; the sun was out, the wind wasn’t that cold, and there was no sign of snow. It seemed completely strange not having to use a sweater by that time of the year, and luckily, one of the teachers decided to have an outside class so they could all enjoy the weather.
G was leaning against a tree taking notes while the teacher lectured. G loved being outside, being in nature. There, on the grass, with the sky above her and the smell of fresh air, was where G felt the most comfortable.
“I’m so hungry,” whispered Priyam as she played around with her computer.
“You’re always hungry.”
“I say we sneak away and go to the cafeteria,” Priyam proposed while pretending to take notes. “I already know this subject so I can help you prepare for the exam.”
“What if the teacher finds out? I don’t think we should go,” said G.
“My treat.”
G shoved her notebook inside her bag. “I’m ready.”
Priyam giggled, packed her computer, and they both sneaked around through the trees.

While walking around the trees, G had a strange impulse to look to the main building, and there he was, Mr. Blau staring at her from the distance. G stopped and stared back. This was the third day in a row she’d gotten a glimpse of him. It was as if everywhere she went he followed, or maybe it was the other way around.
SNAP!!! One of the tree branches moved and slapped G right on the face. “Damn it!”
Priyam turned around and saw G with her red cheek and confused expression, “What happened?”
“I don’t know. The tree branch just slapped me. ”
“You walked into a tree branch?” Priyam laughed.
G rubbed her red cheek. Pounding pain ran through her cheek and down her neck. “I didn’t walked into it, it moved by itself.”
Priyam raised her eyebrows and smirked, “It moved by itself?”
“Yes, I was looking at the building and it snapped against me.”
“Your cheek looks puffy, we can put some ice on it in the cafeteria.”
G followed Priyam and for the second time that day, she had another urge to look at the main building. G saw Mr. Blau still looking at her but this time his face was different, he looked concerned and… angry? Why would he be angry? Could it be that he thinks I’m a mess for skipping class?
Just to push Mr. Blau’s buttons, G lifted her hand and waved at him. He shook his head in disapproval, turned around, and strode away. G grinned at his childish reaction.
SNAP!! Another tree branch slapped G knocking her to the ground.


Priyam ran towards her. She couldn’t stop laughing, “Seriously G, how are you still alive at this age?” 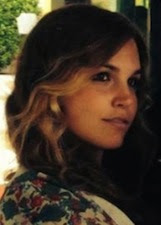 Major geek by day, hermit writer by night! Love books, sugar gliders and everything that comes in a delicious taco.
I’m the author of the YA fantasy series, Seasons Within
I spend my time writing, planning on writing, reading, drinking coffee like there was no tomorrow, MMA and chilling with my friends and loved ones.