Review: A Thousand Salt Kisses by Josie Demuth with Giveaway 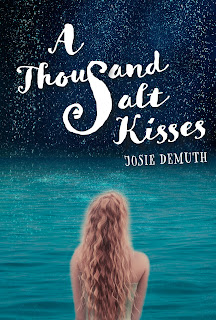 
Seventeen-year-old Crystal White is the new girl on Starfish Island. Dragged to the remote community by her environmental activist father, she is eager to find fun that doesn’t involve touching fish guts or listening to local folklore.
During a midnight swim with some new friends, Crystal is pulled out to sea by the waves. Convinced she’s going to drown; Crystal is rescued by Llyr, a handsome stranger. As she searches for him in the following weeks, she finds there may be more truth to the Starfish legends than she thought.
Over a sizzling rollercoaster summer, Llyr introduces Crystal to magic she’d only ever dreamed of. But as Crystal comes to love Starfish Island, it begins to drive her family apart. A nearby power plant is devastating local marine life, and her parents are stuck in the middle. As the magic and mundane parts of Crystal’s life converge, she finds herself risking everything to save Llyr, her family and herself.

This is a lovely romance, which unleashes butterflies in the stomach, warm-fuzzy feelings and a touch of mermaid magic to make a dream come true.

Crystal has moved with her family to Starfish Island, a on the out-skirts of civilization type of place. During a party on the beach, she swims out farther than intended and is rescued by a handsome stranger. . .one no one but her can see. But this is only the beginning of the adventures and magic the tiny island holds.

Crystal is a girl without any baggage and enjoys her new life and home. Her positive attitude makes her easy to like and cheer for as she uncovers the mysteries of the island. She also has a  very good relationship with her parents (ignoring later plot twists), allowing the story to concentrate on the romance from the beginning on. All of these things make Crystal simply a joy to join on her adventure.

This a romance, and although there are other plot points involved, it remains strong in the romantic flow. It's sweet as a fairy tale, bringing a wonderful warmth to the heart. The hero, Llyr, is true blue and all a hero should be. The moments the two spend together draw in, with a cute nervousness and growing love.

There's a nice, steady pace the entire way through. A couple more tense moments add a bit of excitement every now and then, but usually it's the romantic tension and sweet moments which take the spotlight. Several twists and turns pop up--several fairly predictable but that didn't sour the general plot. There are several other problems besides the romance which Crystal runs up against, but these aren't extremely layered and instead, offer an easy read. And it's perfect this way, since a complex story line with action pure and surprises on every page would only over-shadow and ruin the gentle romantic scenes.

Summed up, this is a great read for YA romance fans who enjoy a bit of myth and tons of fairy tale feeling. 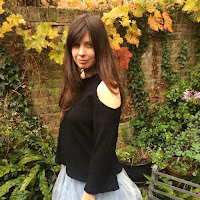 Josie Demuth is an author based in London. First published on Wattpad, her Salt Kisses series has garnered nearly four million reads and are now serialised on Radish Fiction. The second of this series, A Thousand Salt Kisses Later is her fourth novel.
Connect with the Author: