Every so often, I step back from the wonderful world of children's literature and present a book for all you moms and dads out there. After all, adults like to read too! The book I'm presenting today isn't one that parents need to hide under the bed, afraid that the kids might peek at something they shouldn't...so no worries there. This is a extremely literary read with a very dreamy feel which is set in the Ukraine and explores the family bonds, trails and love of three generations of women living together. 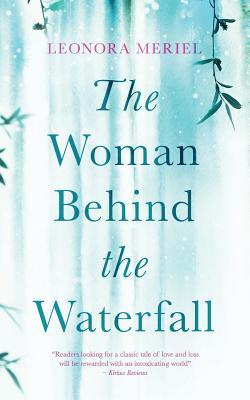 Heartbreak and transformation in the beauty of a Ukrainian village
For seven-year old Angela, happiness is exploring the lush countryside around her home in western Ukraine. Her wild imagination takes her into birds and flowers, and into the waters of the river.
All that changes when, one morning, she sees her mother crying. As she tries to find out why, she is drawn on an extraordinary journey into the secrets of her family, and her mother's fateful choices.
Can Angela lead her mother back to happiness before her innocence is destroyed by the shadows of a dark past?
Beautiful, poetic and richly sensory, this is a tale that will haunt and lift its readers.

I grabbed this one up thanks to the interesting sounding blurb as well as the great reviews. Plus, I'm not one usually to dive into literary or women's fiction, so this seemed like a change.  What a read it was!

The story circles around three women— Angela, her mother, and her grandmother—and describes a journey through their fears and troubles, always centering on their love. It takes place in the Ukraine—something I was glad to see since this isn't a setting often used in English literature—and takes a more dream, ethereal approach.

If you're a fan of straightforward fiction, this is not the book for you. The author uses a very descriptive form which borders at times on poetry. The chapters aren't long, but rather shorter sections keep the writing easy to pace and the scenes in a constant weave as the tale unfolds. This isn't a normal plot as far as stories goes, but rather takes a very deep dive into emotions, descriptions and senses. The wording is very detailed and often extremely flowery, allowing moments such as the warming sun or cool breeze or surrounding scents to come to life. It's very dreamy, but thanks to the characters, it does stay somewhat grounded.

The tale is told from different points of view, not only through Angela and the other character's eyes but even with a more spiritual direction. This is what makes the tale touch the magical direction like a dusting. The experiences of creatures such as a bird and even the stars comes into play, adding to an airy atmosphere. At times, I found it a little confusing...as if drifting through a unconnected ramble which should somehow fit together...but the spots with the characters pulled it back in.

For those who love an artistic, literary read which concentrates on emotions, dreams and more sensual aspects of story telling, this book will hit full points in every way. It concentrates on beautiful writing, lovely scene descriptions and the beauty of love between women and family. 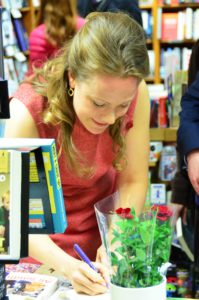 Leonora Meriel grew up in London and studied literature at the University of Edinburgh in Scotland and Queen’s University in Canada. She worked at the United Nations in New York, and then for a multinational law firm.
In 2003 she moved from New York to Kyiv, where she founded and managed Ukraine’s largest Internet company. She studied at Kyiv Mohyla Business School and earned an MBA, which included a study trip around China and Taiwan, and climbing to the top of Hoverla, Ukraine’s highest peak and part of the Carpathian Mountains. She also served as President of the International Women’s Club of Kyiv, a major local charity.
During her years in Ukraine, she learned to speak Ukrainian and Russian, witnessed two revolutions and got to know an extraordinary country at a key period of its development.
In 2008, she decided to return to her dream of being a writer, and to dedicate her career to literature. In 2011, she completed The Woman Behind the Waterfall, set in a village in western Ukraine. While her first novel was with a London agent, Leonora completed her second novel The Unity Game, set in New York City and on a distant planet.
Leonora currently lives in Barcelona and London and has two children. She is working on her third novel.

Email ThisBlogThis!Share to TwitterShare to FacebookShare to Pinterest
Labels: Coming of Age, Leonora Meriel, Literary Fiction, The Woman Behind the Waterfall, Ukraine Literature