Review: Don't Wake Me Up by M.E. Rhines 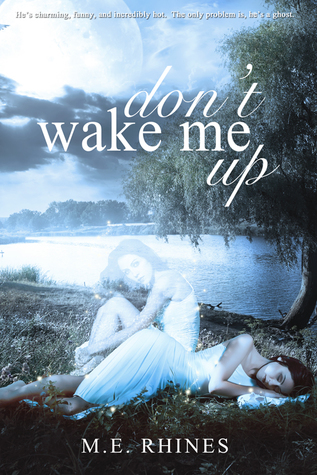 DON'T WAKE ME UP
by M.E. Rhines
Clean Reads
YA Paranormal
169 pages

He’s charming, funny, and incredibly hot. The only problem is, he’s a ghost.
When the chaos of school, her over-reactive mother, and her abusive boyfriend gets to be too much, sixteen-year-old Colleen turns to astral projection to escape it all. In the sanctuary of the astral plane, she mingles with the lost souls of the departed. They all need help to move on to the Summerland, and Colleen never turns down a spirit in need.
Until she meets Daemon.
With just a glance, Daemon makes her forget all the turmoil back home. The calm is welcome and addictive, but Colleen knows the peace he offers will leave with him once he crosses over, forcing her to make a desperate decision: sever her ties to her physical body, or sabotage his salvation.


This is a story, which pulls at the enrages, endears, sympathizes and wraps around the heart.

Colleen is a sixteen-year-old girl who's caught in abusive relationship but can't get herself to emotionally let go. Her mother tries to help but only makes matters worse. So Colleen is left with one escape--astral projection. Her she helps guides souls to find their rest. Until she meets Daemon, the one soul she can't let go of and must chose to destroy either him or herself.

The author does a lovely job at tackling a hard topic: abusive relationship. Colleen has what most teenage girls dream of - one of the stars of the football team is her boyfriend. And he's her first real love, a guy she's given her soul to. Most of the time, he's all right. But every now and then, he flips and she gets hurt. The answer seems clear to an outside, but the author manages to bring Colleen's struggle across in a way that is still off but, at least from Colleen's view, understandable. She's torn and it hurts.

By adding astral projections to the mix, the perfect escape appears, while allowing Colleen's character to display its full loving and caring side. She dreams, and she's innocent. Her real life is simply more than she is capable of dealing with. But no one can help. And this breaks the heart.

The surrounding characters fill in the whole to make a nicely woven tale. Out of her friends, Colleen only has one true blue one (although she has more, they tend to bend faster). This friend offers support and has Colleen's back, but can only do so much. The mother has a wonderful spot in the story as well, presenting a close match to reality. The mother knows what's going on and tries to protect Colleen, but not only has her own troubles to deal with as a single mother but whams against the teenage wall. The development in this relationship is a joy to follow.

All in all, this is a well paced story with a demand for tissue boxes on the side. The characters come across open and raw, their feelings clear and bare. This is one for fans of YA paranormal romance who enjoy a harsh bite of reality. 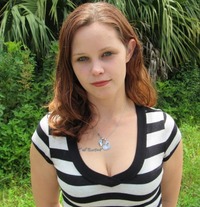 ME Rhines a southwest Florida native currently living in North Port with her two beautiful children and a third, much larger child whom she affectionately calls husband.
She writes young adult paranormal romance to feed her belief that fairy tales are real and nonsense is necessary.
She also writes adult romances under her edgier alter-ego, Mary Bernsen

Email ThisBlogThis!Share to TwitterShare to FacebookShare to Pinterest
Labels: Don't Wake Me Up, M.E. Rhines, YA Paranormal