Review: Of A Feather by Dayna Lorentz

I happened across this one and was immediately drawn-in by the cover. It's a tale about a middle grade girl and a friendship she develops with an owl...and the healing both find through this relationship. It took some refreshing turns as it deals with foster homes and falconry. Add the fact that both tell the tale from their own points of view, and it was really a fun read. And best of all... it isn't preachy!
But you can see my exact thoughts on this one below. 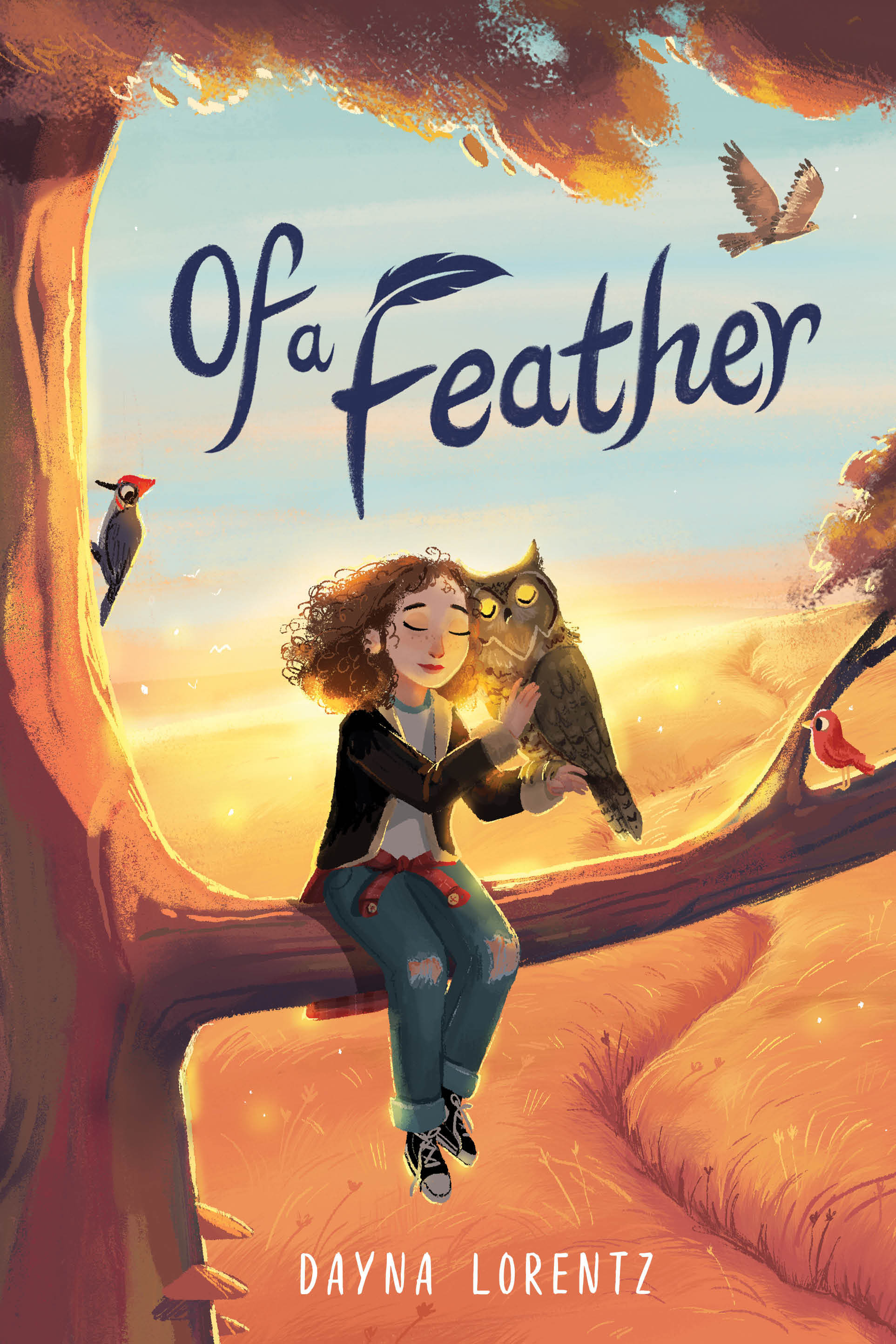 OF A FEATHER
by Dayna Lorentz
HMH Books for Young Readers
Middle Grade Contemporary
336 pages
ages 8 to 12
COMING...
FEBRUARY 21st, 2021!!!!
In the vein of Barbara O’Connor’s Wish, a moving, poignant story told in alternating perspectives about a down-on-her-luck girl who rescues a baby owl, and how the two set each other free.Great horned owl Rufus is eight months old and still can’t hunt. When his mother is hit by a car, he discovers just how dangerous the forest can be.Reenie has given up on adults and learned how to care for herself—a good thing, since she’s sent to live with an aunt she’s never met. Yet this aunt has a wonderful secret: she’s a falconer who agrees to help Reenie catch an injured passage hawk in the wild and rehabilitate it.When Reenie traps bedraggled Rufus, his eyes lock onto her heart, and they form a powerful friendship. But can Rufus learn to trust in the outside world and fly free? And can Reenie open her heart enough to truly soar?
BOOK DEPOSITORY / GOODREADS / AMAZON / B&N
MY TIDBITS
A part of me wants to say that this one resembles My Side of the Mountain, but it really has very little in common with that story...outside of the relationship with the bird and maybe a broader sense of learning how to deal with the feeling of being alone. Still, it had me thinking of that story.
This story takes two very different creatures, who've been left to feel alone. One is six grade Reenie, who's being passed around homes until (and if) her mother is able to heal from her own psychological problems, and the other is a young owl, whose mother was injured and taken away. The story alternates between the two, making for an interesting mix between bird and human. It's intriguing to see both views as they grow closer and develop a bond, which surpasses simple friendship...and find their own healing along the way.
When I picked this up, I was a bit afraid it might become too preachy, and I was pleasantly surprised that this doesn't happen. It stays on the tale and shows the relationship between the two, while allowing them to still struggle in their own worlds and ways. It's great to get to know both of the characters, both being relatable and sympathetic. I'm not normally a huge fan of talking animals, but this one is entertaining and offers the needed insight to make the story endearing and hit home. Rufus, the owl, never truly speaks but this one mirrors his thoughts in a way readers can easily understand and relate to. And he has tons of personality.
Owl lovers are going to really enjoy this tale. While diving into the world of falconry, it takes an unexpected twist into the world of owls, and allows the real problems of owls and general facts surrounding them to come through. Of course, this owl is more than that, since it tells half of the story, but real traits, living habits and such are explained along the way. So, the reader does learn a quite a bit.
Middle graders will connect with these characters and see their own problems reflected. Not only does Reenie face the issue of going from one foster home to the next, but, more universally, the state of feeling alone and being hesitant to reach out is something many readers can identify at one point or another. Then, there are the usual troubles of fitting in at school and finding new friends, when no one seems to understand. I'm glad to say that this one doesn't rest on bullying...which was refreshing...but tackles the problem of learning to open up and building trust.
Summed up, this one surprised me and was even better than I thought it might be. I can see middle graders enjoying this one quite a bit.
on December 26, 2020

Email ThisBlogThis!Share to TwitterShare to FacebookShare to Pinterest
Labels: Dayna Lorentz, Of a Feather