Review: The Unexplainable Disappearance of Mars Patel by Sheela Chari 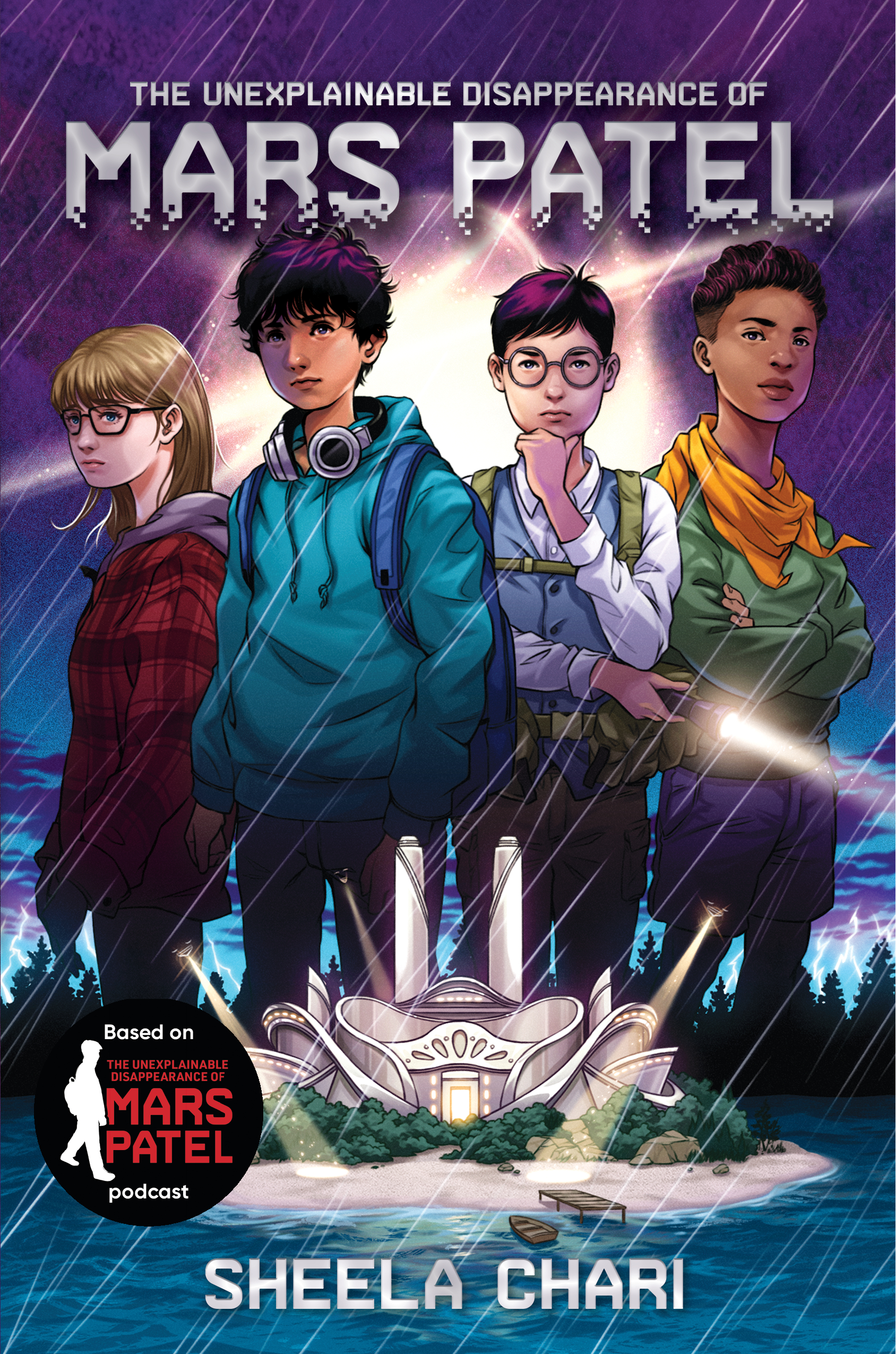 Based on the Peabody Award-winning podcast, this tech-filled adventure series pits intrepid Mars Patel and his outcast friends against a brilliant, enigmatic billionaire as they race to figure out why kids are disappearing from their school.

Mars Patel's friend Aurora has disappeared! His teachers are clueless. His mom is stressed out about her jobs. But Mars refuses to give up--after all, his own dad disappeared when Mars was a toddler, before he and Ma moved to Puget Sound from India. Luckily, Mars has a group of loyal friends eager to help--smart Toothpick, strong and stylish JP, and maybe-telepathic Caddie. The clues seem to point toward eccentric tech genius (and Mars's hero) Oliver Pruitt, whose popular podcast now seems to be commenting on their quest! But when the friends investigate Pruitt's mysterious, elite school, nothing is as it seems--and anyone could be deceiving them. Slick science, corporate conspiracies, and an endearingly nerdy protagonist make this a fresh, exciting sci-fi adventure.

MY TIDBITS
Science fiction meets mystery and a group of kids, who consider themselves nerds, to go head-to-head with a billionaire in an interesting tale.
Mars is one of a group of six friends, who are each a little different in their own way, but stick together like glue. When two of the members disappear, Mars notices that there are some interesting coincidences between what is happening and what the speaker in his favorite podcast says. In hopes to find out what happened to the two friends, Mars and the others head out and into adventure.
When I saw that this is the book version of a very exciting podcast, I was...well, very excited. The idea of a group of 'smart' kids taking on a madman billionaire isn't only exciting, but something I haven't seen done in awhile. It's a great surmise. But works as a podcast does not automatically make the same tale a great read. However, this one isn't horrible either...just not as good as expected.
I do enjoy how this leaps from regular 'book' mode to texting to letters to podcast excerpts and back again. It definitely adds a bit more fun and was a great way to hit some plot points quick and effective. The characters also are terrific with their interactions and friendship. This is a lively bunch, who come across as pretty average kids. It's fun to read and fun to meet them. And when they head into adventure, it's a treat to watch them take on every obstacle. And I'm sure the podcast does this even better. But it is exciting to read too.
My problems with this were that it was missing some connection, depth, and simple cutting. First off, there were moments the plot and what was happening felt like a bouncy rubber ball. Assumptions were made, I'm not really sure how they got there, a character's comments would come in from nowhere, and well, it was sometimes a bit chaotic and disconnected. Also, the characters were just there. Their dialogue didn't definitely give personality, but even the missing kids were totally backgroundless. I wasn't sure why I should care that they went missing. Just because they belonged to a group wasn't enough. And while Mars gained depth, the others were pretty much left just as shallow. Also, I never understood what made most of these kids especially smart or genius or why in the world they were friends in the first place. And last but not least, the pacing felt stretched and unfocused at times. There's a lot happening, but some of that had nothing to do with the main plot. It was side noise that added fill, and the entire book (at over 300 pages) could have been condensed.
Now, that I feel like a sour-apple, I still want to say that this isn't really bad either. There is a lot going on, and the characters are packed with energy...and they have a pretty evil guy to go against with high stakes as well. I'm just betting this is better as a podcast than a book.
on September 15, 2020