I'd read the first book in the YA fantasy last year and thoroughly enjoyed the mix of Norse mythology, fantasy and action pure. Oh, and don't forget a darker tale, too. (You can see my review of White Stag here) So, I was excited to pick up the second in the series and see how the adventure continued. 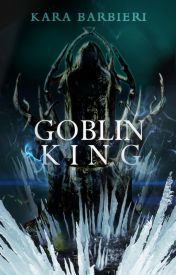 
The Hunt is over but the War has just begun.Against all odds, Janneke has survived the Hunt for the Stag--but all good things come with a cost. Lydian might be dead, but he took the Stag with him. Janneke now holds the mantle, while Soren, now her equal in every way, has become the new Erlking. Janneke's powers as the new Stag bring along haunting visions of a world thrown into chaos and the ghost of Lydian taunts her with the riddles he spoke of when he was alive.When Janneke discovers the truth of Lydian and his madness, she's forced to see her tormentor in a different light for the first time. The world they know is dying and Lydian may hold the key to saving it.Torn between her feelings and her duty as the Stag, Janneke must bring her tormentor back to life if she has hopes of keeping her world alive. But the journey is long and hard and this time she won't have Soren for company.
Lydian might be able to stop the worlds from crumbling, but reviving him may cost Janneke the life with Soren she's tried to hard to build. After all, there can only be one King....

MY TIDBITS
Norse mythology meets a darker, psychological tale and is packed with tons of action in this exciting read.
After surviving the Hunt and receiving the Stag's powers, Janneke is having trouble sliding into her new role as The Stag. No matter how she tries, she can't even begin to touch upon the powers she received. And it's frustrating. Especially since the evil she defeated, Lydian has joined the nightmare visions in her head and speaks to her constantly. Now, she must take on the next stage of her life and live up to the position of The Stag, which means doing everything in her power to stop the end of the world...the very end she's supposedly going to cause.
I enjoyed the first book in this series quite a bit, and I'll admit, after reading it in 2019 (a year ago), it took me a bit to figure out where everything had left off when I dove into this book. This is by no means a stand-alone, and I would have appreciated a little backstory to help trigger my brain. But that's neither here nor there. This story starts not only where the last one left off, but introduces an entirely new stage in the heroine, Janneke's, life. She's gotten past the first horrible experiences of book one, is with her heart's desire, the Erlking, and now, has to take a leading role and save everything and everyone. It really feels like a next step, and that I definitely appreciate.
This tale is more psychological in nature than the first. Janneke is battling with tons of inner problems—her powers, nightmares, doubts, and Lydian. I'd say that makes this one a little slower paced, but that's not quite true since she does meet battle after battle and monster after monster in gruesome and deadly situations. Still, there isn't as much progress plot wise in this novel, which did make it fall a little flatter than book one. But don't underestimate the monster end because the author does pull all stops and lets those action scenes thrive. So, kudos on that end.
I did love the world building. It's so rich and wonderful, packed with fantasy and draws in. There's darkness, details and wonders, which make it so easy to get lost in the pages. The characters are also intriguing and many carry quite a bit of depth. Obviously Janneke gets a ton of insight thanks to all of the head time and Lydian shines in this book. Even if he's pure evil, he gains a special place and makes him so wonderful and enjoyable to dislike (at the same time.) I was pretty disappointed with the Erlking. This is Janneke's heart-throb and yet, he's so...dull. I honestly wondered why she was with him since he offers little personality or much of anything. It gets so bad that I almost started hoping Lydian would slide into the hero position simply because he's definitely more interesting...unfortunately, too evil though. And old. Going from a nephew to an uncle would be strange.
There's a ton of Norse mythology and this comes in a landslide as the book gets going. Either readers will love this or feel bogged down. For me, it was interesting and grabbing, however.
While there are a lot of good things in this book (and I'd still recommend it after book one), it'd didn't quite grab me as much as the first in the series.
on September 11, 2020