This is a non-fiction, picture book series for kids ages 5 and up (and was immediately a favorite of my son.)

Black blizzards. Toxic water. Killer smog. Deadly oil spills. In this compelling new narrative nonfiction series, readers will learn about the world's worst environmental disasters. Through riveting stories and first-person accounts, each book traces an ecological catastrophe from the beginning to its aftermath. Readers will uncover the truth about what caused the tragedy, the disaster's devastating toll on people and the environment, steps taken to remedy the problem, as well as what can be done to prevent another catastrophe from happening in the future. Fascinating photos of the actual events, maps, and fact boxes enrich the compelling text. The personal, and often heart-breaking, stories will grip and inspire young readers.

Eight titles are in the series, all of which you can find here.

Here are the two titles, which I've read (after prying them out of my son's fingers....seriously.) 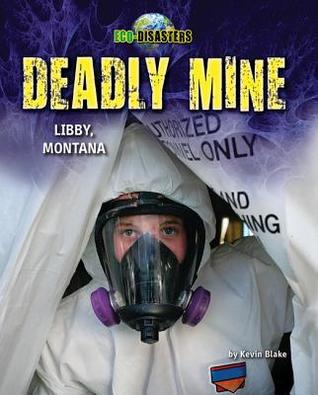 
In 1963, Les Skramstad came home after a hard day's work at the local mill and mine in Libby, Montana. His wife kissed him at the door and his kids playfully grabbed his legs. They didn't mind that he was covered in powdery brown dust. Little did Les and his family know that the dust was deadly. Deadly Mine: Libby, Montana traces the tragic story of a small mining town that eventually became poisoned by a deadly mineral called asbestos. Fascinating photos of the actual events, maps, and fact boxes enrich the compelling text. The personal and heart-breaking story will grip and inspire young readers.


With careful explanations and descriptions, this book gives young readers a glimpse into one of the largest environmental catastrophes in United States' history.

The first pages set the mood with the tragic story of a miner and his family, who became sick from poisonous dust in the town of Libby, Montana. Young readers are emotionally pulled into the situation, which sets a perfect seen for the more historical and factual information. The next chapters explain how the mineral was discovered, what this discovery meant at the time, and how people were able to benefit from the mining during the early years. Like a mystery, the problems unfold. The information is concise but told with enough excitement and emotion to keep younger readers engaged. Everything for the chemical aspects, the medical results to the governmental policies is covered in a way readers of this age group will understand. More difficult words are highlighted and placed again in a glossary at the end of the book.

The seriousness of the situation is ever present, but never overwhelming. Readers are not talked down to, but given solid facts and arguments, which will lead them to thought. Information concerning how the situation is being taken care of is also included, allowing the book to end on a slightly higher note without undermining the horrible aspects of the occurrence. A website address at the end leads kids to a little information concerning the catastrophe and offers a crossword puzzle as well.

The real-life photographs are bright and bring clarity to the explanations found in the text. Young readers gain a greater appreciation for the event and can easily slip into the shoes of those effected by the disaster.

Children, ages six and up, who are interested in science, nature or world happenings are sure to enjoy this book and soak up the information. My own son thoroughly enjoyed this book and is determined to read through the entire series. 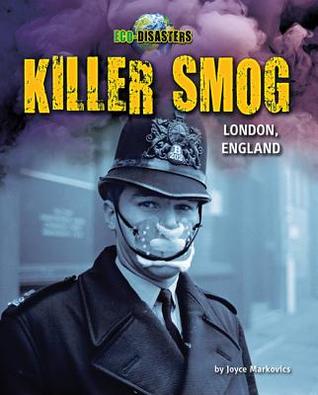 In December 1952, a thick layer of black smog blanketed London. The filthy air blinded people on the streets and brought traffic to a screeching halt. Worst of all, the pollution was deadly. It sickened 100,000 people and took the lives of 4,000. Killer Smog: London, England traces the devastating story of air pollution that took thousands of lives and brought London to a standstill. Fascinating photos of the actual events, maps, and fact boxes enrich the compelling text. The personal and heart-breaking story will grip and inspire young readers.


Natural disasters can come as unsuspecting as a fog, and this book explains how The Great Smog of 1952 occurred as well as the effects it had on all of London.

The first sentence opens like an eerie mystery and immediately draws young readers into the scene. Readers will sympathize with the little girl as she tries to make her way through the mysterious fog. The accompany photographs enrich the atmosphere, making the entire event come to life. The history behind the fog and its causes remains rooted in facts, while keeping the information from getting too dry. Quotes from people who experienced the situation as well as little bubbles of extra tidbits dabbled among the photographs make it fun to glimpse through the pages and grab up pieces of information on the way.

Although the seriousness of the catastrophe is never down-played, the ending offers a ray of hope and explains what has been done to hinder a future occurrence, and what is still being done to improve air quality in general. A glossary at the end offers definitions to the more difficult, high-lighted words in the book. There's also a link to a website, where kids can discover more about the smog and play a crossword puzzle.


You can find out more about the series as well as the rest of the books at. . .