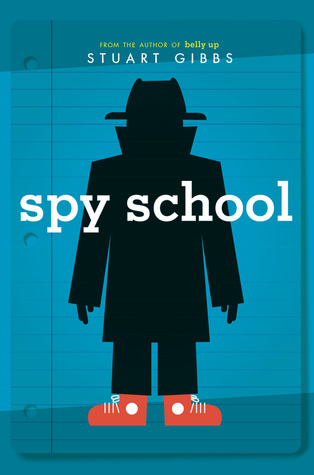 Ben Ripley may only be in middle school, but he’s already pegged his dream job: C.I.A. or bust. Unfortunately for him, his personality doesn’t exactly scream “secret agent.” In fact, Ben is so awkward, he can barely get to school and back without a mishap. Because of his innate math skills, Ben isn't surprised when he is recruited for a magnet school with a focus on science—but he’s entirely shocked to discover that the school is actually a front for a junior C.I.A. academy. Could the C.I.A. really want him?

Actually, no. There’s been a case of mistaken identity—but that doesn’t stop Ben from trying to morph into a super cool undercover agent, the kind that always gets the girl. And through a series of hilarious misadventures, Ben realizes he might actually be a halfway decent spy…if he can survive all the attempts being made on his life!

Little spies, spy want-to-bes, and simply those who love a great adventure are sure to love this exciting tale.

Ben's dream is to become a super spy, and he's on his best way to achieve that goal. Although he's only in spy school, he's already helped to thwart the evil SPYDER groups plans once. Now, SPYDER plans to assassinate the president of the US, and it's Ben's job to stop them. Too bad, things aren't that easy.

This is a spy book perfect for kids ages eight to twelve. Ben is a super spy, but he's still normal enough for readers to relate to and understand. He isn't a super fighter—in fact, he's rather clumsy. And super gadgets or ultra amazing gear aren't really involved. But Ben's got brains and a knack for math. Combine this with a group of friends he can count on, and even an evil group like SPYDER has got to watch their backs.

The opening scene grabs right away and draws into the characters without going over the top. It starts at school, a very familiar setting, but drops in tidbits like bomb exercises and secretly placed listening devices, which unleash the fantastical world of super spies as well. Each characters' personality comes off smoothly and believable. It easy to see them sitting at the neighboring table in a cafeteria, and still, at the same time, to dive into a spy adventure with all of the action and thrills.

Quick paced is key in these pages as well as the carefully laid layers of intrigue. There are spies everywhere, and it's hard to determine who the moles might be. As the action really gets going, Ben isn't alone but has friends to help out. There are humorous moments, tense moments and tons of surprises. And all of this stays at a level just right for the intended age group.

Summed up, this is a fun read middle grade audiences are sure to love.

Stuart Gibbs is the author of the FunJungle series, as well as the New York Times bestselling Spy School and Moon Base Alpha series. He has written the screenplays for movies like See Spot Run and Repli-Kate , worked on a whole bunch of animated films, developed TV shows for Nickelodeon, Disney Channel, ABC, and Fox. Stuart lives with his wife and children in Los Angeles. You can learn more about what he's up to at StuartGibbs.com