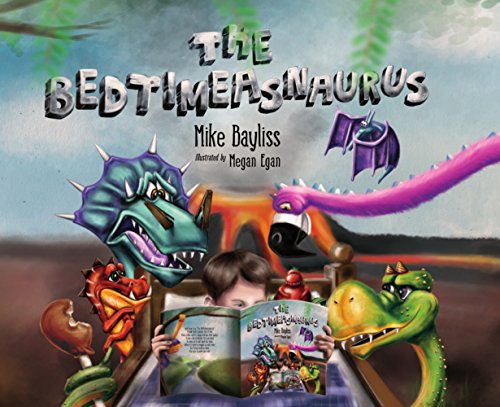 
A charming collection of gorgeously illustrated poems to encourage fun and bedtime bonding between parents and their children.
The bright pink flamingoasaurus spends its day standing on one leg looking for something to eat. The round and delicious tomotoasaurus sings a tune while soaking up the sun. These are just two of the imaginative and amusing dinosaurs dreamed up in The Bedtimeasnaurus, the sometimes naughty and always hilarious poetry collection for children by Mike Bayliss.
Developing the idea for over thirty years while working on other projects , Bayliss was encouraged to publish his collection after being diagnosed with stage IV non - Hodgkin lymphoma in April 2017, using his work as a positive outlet for his energy as he worked to battle the illness.
Complimented by charming illustrations, opportunities for kids to draw their own dinosaur creations and simple quizzes on each of the characters, The Bedtimeasnaurus not only provides an entertaining read for young children before they go to sleep but also offers a valuable chance for parents to connect and engage.

Purchase from Amazon UK / Amazon US

Dinosaurs reach a whole new level of fun, which is sure to have young listeners stretching their own imaginations too.

From the first page, this book dives into a whole new realm of dinosaurs. T-Rex and friends are nothing against fantastical dinosaurs such as Dippy-adocus or Long-armed-asaurus. There's absolutely nothing serious in these pages, allowing imagination and kid humor complete reign. The monsters have the most ridiculous variety of attributes and giggles are guaranteed.

Each dinosaur has its own two-page spread, which is colorfully illustrated and lets the best parts of each monster shine. The text is large and lets the words come to life through varied sizes, color and fonts. The rhymes flow nicely and the vocabulary is at the right level for kids ages four and up.

At the end of the book, kids are encouraged to discuss the monsters through a list of fun questions. Then they are given the opportunity to draw their very own creation and write a poem to fit.

It's a fun book for kids and parents/guardians to read together and let imagination take complete, quirky flight. 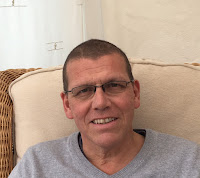 Born in Walsaill West Midland, UK, Mike Bayliss is an entrepreneur that owns companies in several industries including building supply and property development. He also owns Bespoke Brewery, which opened in 2012 and has since won a number of awards for its craft beer. He lives with his wife and three children in Forest Dean, UK. This is his first book.
Facebook - https://www.facebook.com/thebedtimeasnaurus/ 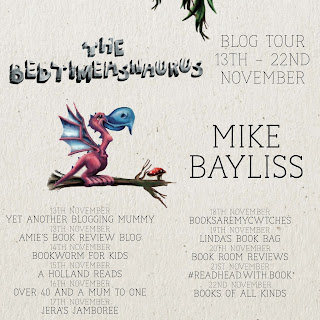