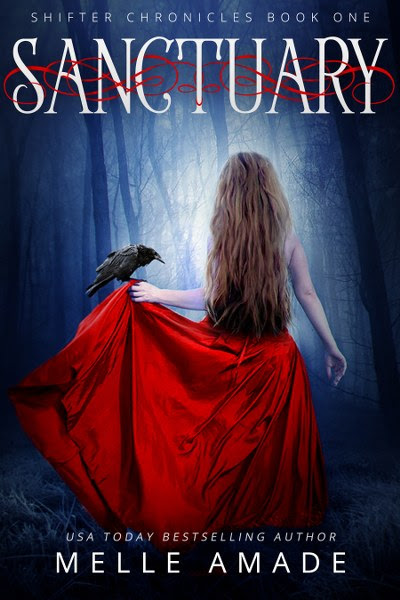 It’s survival of the fittest, but first you have to fit in.

Shae is sure the icy rage that claws at her is driving away her friends and pulling her closer to the wrong boy. After all, it’s Aiden she has always secretly wanted, not Callum, who has barely spoken to her in the last year.


But, as her protected life unravels, she discovers the violent supernatural world that lurks in her quiet hometown and the ancient feuds that threaten to destroy both her friends and her family.

To save those she loves, Shae must succumb to her own fury and take on the Ravensgaard, the renegade warriors of the Order, but as the battle approaches her deepest fears are coming true, she’s becoming just like them. Shae's not sure she can afford the price she'll have to pay—her own humanity.

Sanctuary is a teen paranormal romance for fans of shifters and Gothic romance. Fans of Flightless Bird and White Raven will be enchanted by this strong female seeking truth in a world of secrets and mystery.


I'm not necessarily a shifter fan, but the blurb caught me on this one, and I gave it a go. I was not disappointed.

Shae is about to turn sixteen and the school year is about to start, but she's coming out of summer break on a low. Her best friends, an inseparable group of five, all went to Europe to summer camp. She was left behind with her mother, who is battling huge mood swings and anger issues. Shae hasn't heard from her friends all summer long, and they haven't returned her texts. And here she was just crushing on one of them, Aiden. A week before school begins, she finally meets up with them again, but things have definitely changed. Not only has Aiden hooked up with her best friend, but they act more like a secret group or pack than her friends. And they are keeping many secrets. Soon, Shae finds herself in the middle of a war, and every turn could mean her death.

This book surprised me, and I ended up reading it in one sitting. Shae is hard not to feel sorry for from the very first page. Her mother is out of her mind, her friends act weird, and she's very devoted to her younger brother and finding her footing again. Shae has anger issues of her own, but it makes her more believable. The other characters each of their own personality and problems. It's not always clear who can be trusted and who can't. At times, even Shae's best friend comes across as a huge jerk. There shadows upon shadows in the relationships as well as situation, which make the ending very hard to guess.

There's never a boring moment as Shae tries her best to figure out what's going on, and this plot doesn't release the details quickly. It takes awhile for Shae to uncover things. Some twists aren't as surprising as others, but there enough layers to keep the reader on their toes.

Romance is key in this one, and Shae, although sometimes acting older than her character, lets her teenage hormones get the best of her. She kisses quick, which was a little irritating at first, but otherwise, the romance is a triangular tug-a-war without clear cut threads on either side.

Fans of YA paranormal and shifter tales will enjoy this one and get lost in Shae's world. I'm looking forward to see where the next book in the series takes her and her friends. 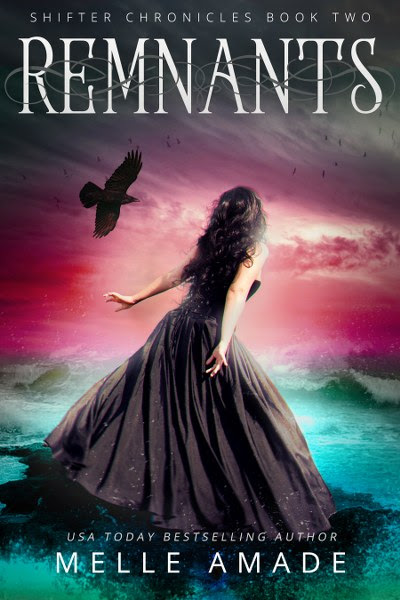 Now that she understands the rules, she wants to change them.

Shae’s body is betraying her and she's terrified. Though she's joined the ranks of her shifter friends, she knows inside she’s not like them. Her unstable cells won’t let her control the shift.

As Topanga grows crowded with suspicious shifters, aligned with the fascist Order, it becomes clear they have been living in a tiny haven on the edge of an intolerant, militant shifter society. Even worse, Shae's formal presentation to El Oso, the Order's Berserker Supreme Leader, is only days away. Without full control of her powers or her body, she's not sure she'll survive the inspection.

As Shae discovers the dreadful truth about her family heritage, she's faced with a severe choice: break with the Order and lose her friends or submit to a life of subjugation and lies.

No matter what she chooses, she'll be left with only Remnants of the life she had. 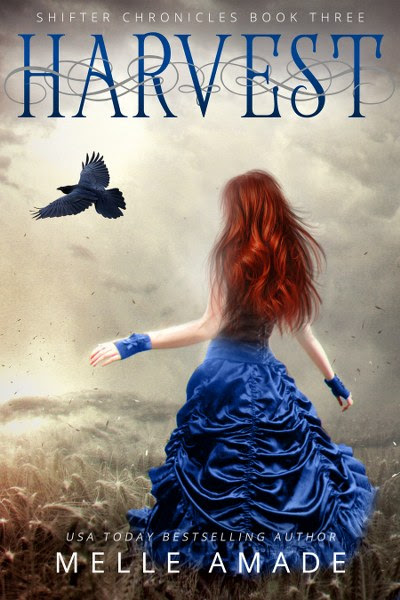 In the shifter world, one law holds true; you will reap what you sow.

Shae underestimated El Oso, the tyrannical leader of the Order. Now, banished, flightless and living on the dangerous edge of the shifter world, she finds it impossible to pursue her one goal, finding and freeing her father. Without the support of her friends, who are torn by loyalty to their families, Shae is forced to attempt the impossible...alone.

A hidden group of shifters with unexpected powers swoops in to help Shae. They want nothing more than to discover El Oso’s magic and destroy the Order completely, even if it means sacrificing Shae’s father. Too late, Shae discovers she has sown the seeds of destruction for herself and her family. The defenses of her refuge are breached, not by El Oso, but by the enemy very enemy he has been desperate to protect them against. An enemy intent on massacring every known shifter. Shae must find a way to escape her self-inflicted fate and empower her friends to unite if they are to find a way to survive the harvest. 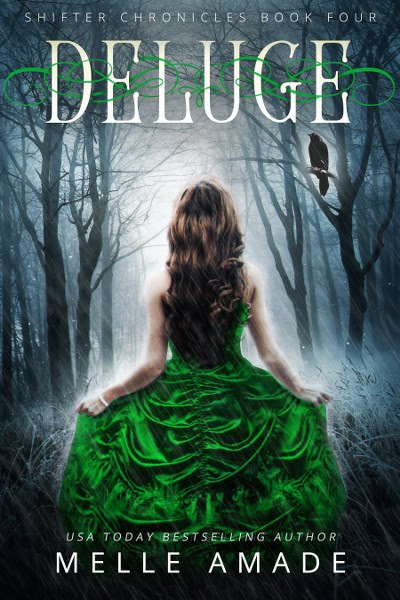 First comes the rain, then follows the flood.

Escaping the Order by engaging the Hunters was only the beginning. Now, with their safe haven destroyed Shae and Roman are left hiding in a remote village with no chance of ever finding her father or making a difference in the shifter world. That is, until a strange Hunter seeks Shae out and gives her hope she can find her father and possibly the tool to find El Oso.

They risk everything to return to Topanga and reunite with their friends, who are the only ones who might just believe Shae’s adamant theory that one of the murderous Hunters is actually on their side. As they test loyalty and strength they uncover the very power that has made the Hunters mortal enemies to the shifters for over a thousand years. Their new-found power is a beacon to the Order and the Hunters, who descend like a flood to drown out the spark of light rising in the shifter world. 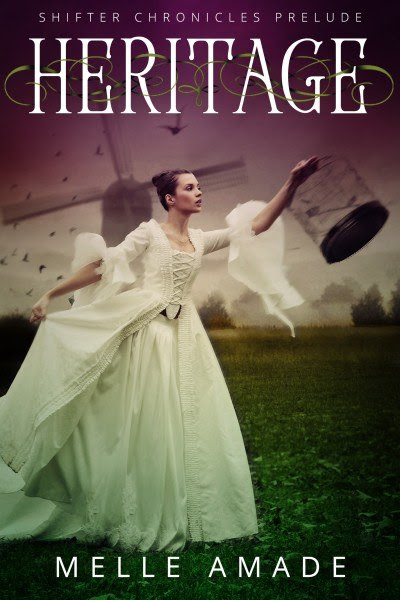 In the dark shifter world, they prepare for a summer of fun, but find they must battle against the Hunters who are afraid of the supernatural world. Dutch born, Matilde, the estranged niece of Lord Van Arend, barters with her scheming mother to spend the summer with the only friends she’s ever had, the Ravensgaard at Castle Brannach. But if Matilde gives her mother the information she will break her friends’ trust and begin the downfall of the regime; a regime the shifters may need to protect them from the Hunters.

Get a FREE Copy!
InstaFreebie 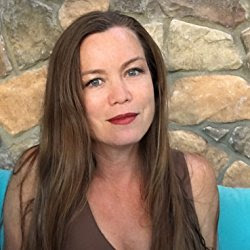 USA Today Bestselling Author, Farm Girl, Marketing Director...
Since I was eight I have been writing stories that capture the adventures in my head and the characters strong enough and flawed enough to have them. When I look at an empty field I see a formidable citadel. When I meet a vulnerable old man, I greet an emeritus warrior. When I walk through city streets I feel dimensions hiding around every turn. It has been my lifelong passion to explore these worlds that reveal the pain of loneliness, the joy or self-actualization, and the hope of magic.
I grew up in a place called Potter Valley where the Milky Way is held aloft by a circle of mountains and the central business district consists of a bait store and a saloon. At 19 I moved alone to London and spent the next ten years exploring the world, even becoming an Australian citizen, before I returned to California and found a new home in Los Angeles. My world revolves around my two wee children and my love of travel.
My days are spent in an office overlooking Los Angeles International Airport where I work as a Director of Marketing for a data center technology firm, which wouldn’t make you think I had an MFA in film with an emphasis on writing from Chapman University. However, I also have degrees in visual communications and global communications, which allowed me to work for some of the finest technology firms in the world. In my spare time I have penned six screenplays, four stage plays, an opera libretto, numerous short stories, and five manuscripts for novels. My heart lies with my manuscripts, which are focused on YA and New Adult audiences and range in subject from Vikings in Iceland to Knights Templar in Italy to Aborigine mysticism in Australia to shapeshifters in Los Angeles.
Website * Facebook * Twitter * Instagram * Bookbub * Amazon * Goodreads