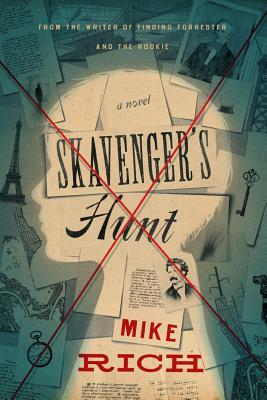 
After young Henry Babbitt tragically loses his father, he can't help but remember the promises of the great adventures they would now never take. Then, on a snowy Christmas Eve, his grandfather reveals that he's tracked down a series of mysterious century-old clues left by Hunter S. Skavenger, the eccentric magnate who launched the first and greatest scavenger hunt.
Hours later, on Christmas Day, Henry finds himself magically transported back to 1885, where he teams up with a ragtag band of youngsters in a quest to solve Skavenger's elaborate puzzle. From New York to the Mississippi riverboats to the streets of old Paris, Henry and his new friends face off not only against brilliant competing teams, but also Skavenger's own dark and elusive nemesis: Hiram Doubt.

This is a fun mixture of time travel, history and a good dose of quick paced adventure, making it an entertaining read.

Since his father's death, Henry's life has been anything but adventurous. His mother keeps him safe as can be, and he doesn't argue with her. The yearly visit to his grandparents on Christmas Eve starts with his mother's warning not to spend to much time listening to his grandfather's ridiculous tales, but this is one warning Henry refuses to heed. This time, his grandfather has a special story waiting, one that involves old articles about a mysterious scavenger hunt started by Hunter S. Skavenger in 1882. Hoping to learn more, Henry sneaks back into his grandfather's study in the middle of the night to find a single ledger sheet which transports him back to the last scavenger hunt in 1885.

The story starts out with a pull at the heart strings. Henry is sitting at the museum waiting for his mother as the last child there and already sitting for a long time. His life hangs around him like a weighted cloud, and it's hard not to feel sorry for him. His mother isn't exactly warm, but it's clear she cares for him and is battling her own troubles. When the adventure starts, the reader can only cheer for Henry and be thrilled that he gets a chance to do something adventurous.

Henry has to find his independence, and the dash across time and the world with an evil group on his tail does exactly that. With new friends, he learns to be daring and take risks. There's something happening on every page, and the riddles add a bit of thinking fun. The dabs of history make it interesting for information buffs as Henry runs across numerous historic figures and learns some facts along the way. Although this is a great mixture to liven up history for young readers, there were so many different figures and places (none which went deeper than a brief meeting) that it began to feel like a historic line-up.

The ending comes full circle and wraps everything up while leaving a cute twist and potential for upcoming adventures—which are certain to bring more fun.


A giveaway for copies of this book is running on Goodreads until November 17th! here 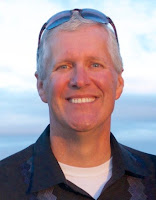 Screenwriter of Cars 3, Secretariat, The Nativity Story, Radio, The Rookie, and Finding Forrester. Obsessive reader & proud Portlander—which might offer a hint on my view of food carts, brewpubs and wine. Big on travel, both near and far.
on November 13, 2017