Review: The Epic of Gabriel and Jibreel by Marin 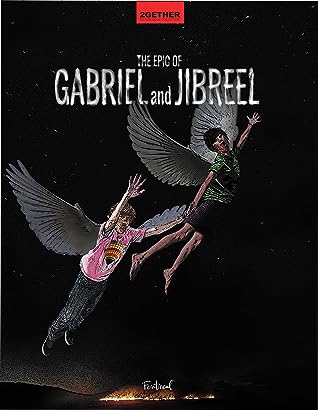 THE EPIC OF GABRIEL AND JIBREEL
2gether Picture Book
Collection #4
by Marin
Fontreal
Picture Book
32 pages
ages 6 to 10
The Epic of Gabriel and Jibreel is a cautionary tale of the ultimate friendship. It is a heartbreaking story of two boys, a refugee, and a child from a wealthy suburb. Gabriel lives with his father in a large house surrounded by other large houses. One day, while exploring the beach, Gabriel meets Jibreel. Jibreel lives with his father in the upside-down boat that brought them across the sea. With similar stories of devastating loss, yet joyful dreams and a love for flying, the boys form an incredible and indestructible friendship. This is a heartbreaking story – a children’s picture book with a powerful message that is worth hearing.
GOODREADS / AMAZON  / B&N
BOOK BLINK
* illustrations very true to life
* traditional story form
* not for sensitive or younger readers
* tragic ending with food for thought
MY TIDBITS
While this is a picture book, it is not one for younger listeners but hits a theme and story line, which breaks the heart and offers more than a little food for thought.
Gabriel lost his mother at a young age and, now, lives alone with his father in a large house. They often go to the beach, where a group of refugees camps nearby. Despite his father's warnings and obvious hate for the people, Gabriel meets a refugee about his age, and they become great friends. The boy, Jibreel, lives in an over-turned boat with his father. His mother drown while they were crossing the ocean. The two boys meet in secret and plan to turn the boat into the most awesome airplane ever. But such secrets are impossible to hide for long.
This is not a book for more sensitive readers and hits a tone, which listeners need to have a certain maturity to hear. But that also means that this one serves a punch, which makes thoughts sit and leaves a lasting impression on the reader. Even adults can read this one and find themselves touched and left to churn through emotions.
The story follows Gabriel, a very usual boy, who is easy to connect with. The illustrations are true to life and bring across the emotions well. Readers will have no trouble identifying with Gabriel and understand the problematic behind the situation from the various standpoints. It's a tale which definitely deepens empathy and opens up to discussions concerning hate crimes, refugees, immigration, and racial issues. The story is well told and draws in, which makes the ending hit even harder. While the author does soften the blow with a sense of illusion, the situation is still clear.
This is a great book for slightly older groups (I'd recommend maybe 7 to 10), who want to embark on discussions surrounding refugees and racial hate. It fulfills its purpose masterfully and leaves an impression, which isn't easy to forget.
And here he is... 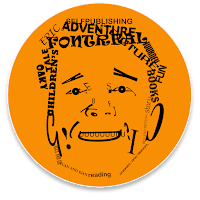 A long time ago Marin was a child. He was one year old when his father passed away. His mother remarried and Marin was raised by his loving (but strict!) grandparents. He learned to read and write long before he went to school. Books became his imaginary parents and his fictional friends.Marin studied nuclear physics, art, and literature. He owned an advertising agency for many years.Oh, a few more things: he does not drive, he does not drink carbonated beverages, he had never consumed food from fast-food restaurants, he does not have a mobile phone, he had never used legal or illegal drugs, and he had never visited his GP (much to the disapproval of his wife). He started his small publishing house FONTREAL (children’s picture books) in 2016. Marin lives with his family on the beach of the Atlantic Ocean - in St. John’s, NL, Canada.
on February 01, 2021

Email ThisBlogThis!Share to TwitterShare to FacebookShare to Pinterest
Labels: 2gether Picture Book Collection, Marin, The Epic of Gabriel and Jibreel