Review: The Connection by Dana Claire

Now, that we've started the month with emotional reads, it's time to shoot off to the stars! This one is the first book in a new young adult series and is for all alien friends out there. The cover actually fits this one very, very well...but in which way, I won't say since that would spoil the book. Even the title hits this tale perfectly.
And after I've heard that the pandemic can only be followed by aliens landing...well, this book might even be very timely. 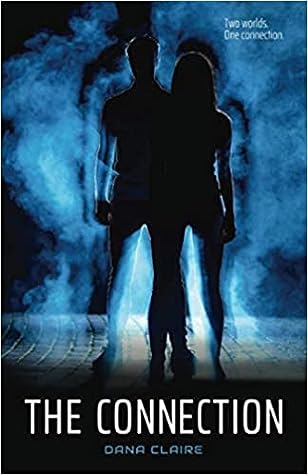 THE CONNECTION
by Dana Claire
Chamberlain Publishing House
Young Adult Science Fiction
241 pages
Beatrice Walker thought she lived in a normal world—that is until she learned she’s a living hostel for an alien energy source, and apparently the answer to preventing extinction.Bea has no memory of her last moments with her mother. The week they’d gone missing is a complete mystery. Suddenly moved back to her hometown with her father, Bea has rekindled her friendship with her two best friends—and seems to have caught the attention of an arrogant, yet gorgeous boy named Cash Kingston. But there’s more to Cash than his annoying attitude and good looks. Cash isn’t human, and he’s now in charge of protecting Bea from those who know what she keeps safe inside her: the energy source that once belonged to his murdered girlfriend.Tensions mount as Bea learns her energy source must be paired with the one Cash holds to protect both their planets from an imminent threat. But what Bea doesn’t realize is there’s more to her than being human a host, that her feelings for Cash are not just a prophetic plan that will save their planets, and that the fate of everything lies in her choices.
GOODREADS   /    AMAZON   /     B&N
BOOK DEPOSITORY    /      KOBO
BOOK BLINK
* aliens on Earth with few knowing their existence
* enemies to friends... maybe more (?)
* set in high school-ish
* girl power
* alien intrigue
MY TIDBITS
Two worlds, two threats, and two heroes hit, clash, and struggle in an exciting read, which keeps the action and tension high all the way through.
Beatrice and her father have finally moved back to the town they'd lived at years before...before her mother died. Settling in with old friends, her life is more than normal until five students walk through the high school doors. Everyone knows them except for her, but that doesn't stay that way long. Especially the one guy—super hot and a super jerk—has made it his life's purpose to push all of her buttons. She's sure she'll kill him out of pure frustration, but then things go weird. Really weird. Now, she has him and his friends as her bodyguards, and they can do things no human possibly could. All she knows is that they claim her mother inserted something into her that they need, and their mission is to keep her safe and alive until they remove it. Then, she's to die.
This is one of those books, which I picked up with a bit of hesitation but am so glad I did. It's a great mix between high school with a very, slight touch of drama, teen angst, and very exciting alien attacks. The little action and 'fight-those-evil-guys' part of me was very satisfied with this read.
Beatrice is a usual teen girl with a little baggage, but unlike many tales where the main character has just suffered the loss of their parent, she isn't bogged down and has mentally already had time to work through it and continue on with her life. She's in a very healthy spot, and that was very refreshing. Her friends came across very normal, and even the more irritating people at the high school are never over-bearing or slide into too much of a cliche. So, kudos to the author on both of these! It makes for a nice high school setting, which fits better to real life and allows the story to take flight without being captured into the usual trope.
This is a romance, too, and that becomes obvious with the first pages. The hot, new, arrogant, and over-powering jerk coming right at her and centering on her does slide a bit into the cliche group, but I could forgive this as the story developed and the reasons behind it were well-explained. He does still carry too much aggression, which was unnecessary, but it works and molds right into the larger plot. And that carries problems and intrigue in oodles and pounds.
As the first novel in the series, this one definitely gets things going and lays the groundwork for a larger, galactic influenced adventure. Most of the logic sits well enough to fall into place with only a few, tiny holes...which still might easily be filled. What the aliens are really up to is still in the stars, but then, there are several forces involved and by no means can those Earthlings be trusted, either. With two planets at stake and aliens with powers which form mega-fight scenes, it's an adventure which has just begun and promises tons more to come.
on February 03, 2021

Email ThisBlogThis!Share to TwitterShare to FacebookShare to Pinterest
Labels: Dana Claire, The Connection