Review: How Big Is Zagnodd by Sandra Boynton

Ready for a little fun while learning? Today's book is a board book for those youngest readers, and this one is for all those alien fans out there. It takes a spacey, silly twist into the task of learning comparison words such as big, bright and so on. Ready to take a peek? 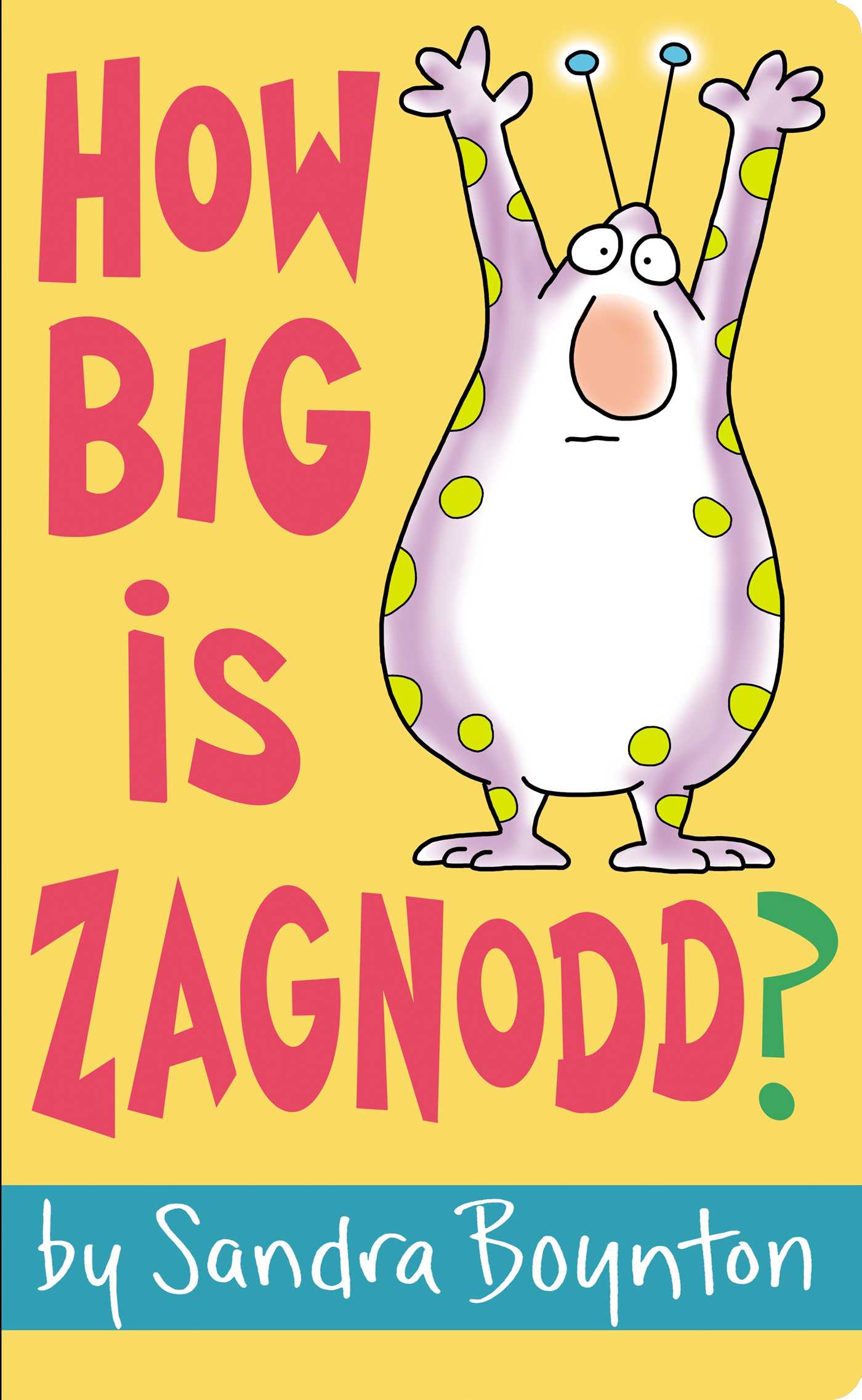 Finally, a board book that dares to answer the question: “HOW BIG IS ZAGNODD?” (Spoiler alert: SO big.) From there, we zip around outer space to meet a wild variety of­ aliens—Boknuk, Fleeb, Igwak, to name a few—who are LONG or FUZZY or BRIGHT or DANCEY or SLEEPY. And then, for reasons that aren’t entirely clear, there’s Steve.

This hilarious new book from the out-of-this-world Sandra Boynton will have Earthlings big and small giggling with delight. 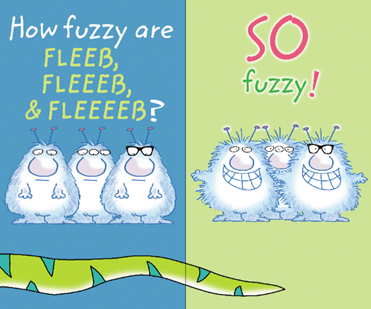 With tons of imagination and more than a pinch of zany fun, this board book tackles the worlds of comparison words and gives a whole new twist to learning.

Big. Bright. Long. The meaning behind description words is the focus of these pages and targets those very beginning word friends (or soon to be). But boring is thrown way to the side in these pages as the craziest, most imaginative aliens show their stuff.

The illustrations are bright and bold, but these aliens deserve nothing else. The terms are very simple, and the illustrations demonstrate exactly what is meant by each word. While not every listener will be able to connect with the fun creatures, many will probably giggle and, at least, wonder about the silly beings. If nothing else, the originality does stick out and will help young listeners remember the terms and the illustrations that went with them. So, in other words, I have no idea that this book fulfills its purpose splendidly.

Sandra Boynton is a popular American cartoonist, children’s author, songwriter, producer, and director. Since 1974, Boynton has written and illustrated over sixty children’s books and seven general audience books, including five New York Times bestsellers. More than 70 million of her books have been sold, “mostly to friends and family,” she says. She has also written (with Michael Ford) and produced six albums of renegade children’s music. Three of her six albums have been certified Gold (over 500,000 copies sold) and Philadelphia Chickens, nominated for a Grammy, has been certified Platinum (over 1 million copies sold). Boynton has also directed twelve music videos of her songs, including the award-winning “One Shoe Blues” starring B.B. King, “Alligator Stroll” starring Josh Turner, and “Tyrannosaurus Funk” (animated) sung by Samuel L. Jackson. She lives in rural New England, and her studio is in a barn with perhaps the only hippopotamus weathervane in America.

Email ThisBlogThis!Share to TwitterShare to FacebookShare to Pinterest
Labels: How Big Is Zagnodd, Sandra Boynton