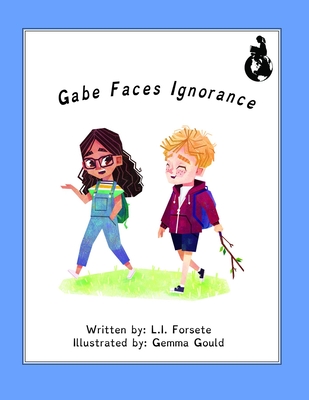 When Gabe unintentionally hurts his friend Sofia, he has no idea what he did wrong. It turns out he doesn't know everything about her, and that his actions have unforeseen consequences. Sofia cleverly directs a conversation they have with her dad to lead Gabe toward a new understanding of their relationship and of his role in promoting bias.

This book tackles simpler questions kids might have when seeing someone from the Muslim religion head on in an open manner.
Gabe doesn't mean to hurt Sofia, but it happens anyway. And he isn't sure why. Through discussion and explanation, Gabe learns that there's more to Sofia than he knew. And there's more to life than he knew too.
This is probably one of the most direct books I've run across, when it comes to explaining Islam to kids. It takes the point of view of Gabe, a boy who doesn't realize that what he's saying/doing is hurting others and is actually a result of his own lack of knowledge. He learns the basics about several aspects of the religion, and through this, young readers/listeners gain a better understanding and more background information than they probably had themselves.
The text is a little heavy for younger readers, but for slightly older ones, it does a nice job at opening up to discussions and getting those thought gears turning. The illustrations are nicely done and make the various happenings clear.
For anyone who wants to learn more about the religion or better understand why some practices are the way they are, this might be just the read to grab.
on September 10, 2020