Sneak Peek: Mask of the Gods by Karen Furk 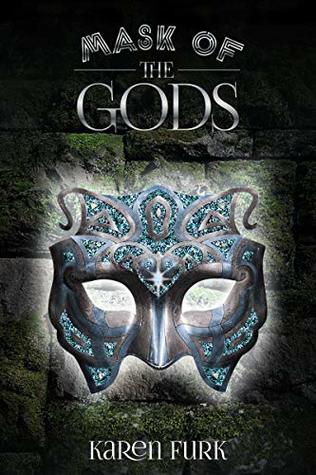 MASK OF THE GODS
The Mask Chronicles, Book One
by Karen Furk
YA Fantasy
382 pages

Soul Demons live off the souls of the living.  When Haydan’s home world is invaded by a soul demon seeking an item shrouded in myth and legend, his father evicts him and sends him to safety. His chosen one and warrior should provide reassurance and sanctuary, but neither appears to be working very well. Just when he thinks matters cannot get any worse his scheming grandmother arrives. She has her own plans that appear to involve him, none of which bodes well. Diego feels confident he has the soul demon under control. Overlooking his devious mother’s involvement, he fails to appreciate that he is not only storm rider elder, but also an elven prince and certain debts are about to become due. Lavinia worries about her grandson, but also who she left behind in the elven realm a long time ago. Tallin thinks she abandoned him and he is livid. She has everything under control, including Tallin…at least that is what she thinks. They all need to learn afresh who to trust. With a soul demon on the rampage, an unleashed, angry and betrayed elven king and a long-forgotten mask surfacing, what could possibly go wrong?  The past is about to catch up with all of them. Nothing is going to go as planned because the mask and the gods have other ideas.  Mask of the Gods is the first book in the Mask Chronicles from debut author Karen Furk. Enter a world that’s richly layered and full of intrigue. If you enjoy reading stories full of creative world building, magical creatures, portals, ancient artefacts and fantasy races combined with plenty of excitement and adventure then you will love the start of this series of books.
Purchase links: US - https://www.amazon.com/dp/B07M6L45Y8

In this section from Mask of the Gods, there’s a disturbance in the kitchen and Haydan has gone to investigate the cause. To give you a small hint, it involves the only human in the house, Isaac, and small furry rodent like creatures. Oh, and I should probably point out that Isaac doesn’t like rodents…

Standing at the door to the lounge, leaning on the door frame, Lavinia fought back a smirk. Her eyes twinkled with mirth as Haydan scooted past, heading down the hall towards the kitchen.
“Thanks for your help with this one.”
Haydan’s terse address met with a snort of laughter and shrug from Lavinia. “It’s far more entertaining watching from here.”
Shaking his head, Haydan rushed into the kitchen, coming to an abrupt halt at the scene in front of him. Brandishing a balloon whisk, Isaac had cornered the whirling dervish in the corner, near the utility room. Every time the creature tried to dart past, clutching its toilet roll, Isaac waved the whisk around like a dangerous weapon, as though he had become some kind of expert swordsman. Haydan couldn’t decide if the creature cowered in the corner because it was frightened of being hurt, or whether it was the look of utter fury and defiance in Isaac’s steely glare that silenced it, but it did look terrified. Its large ears and hackles rose up every time Isaac advanced on it.
Haydan moved across and tapped Isaac on the shoulder. Isaac jolted. His head snapping to the side, his gaze never left the small furry creature. “Feel free to intervene and it owes us some crockery.”
Reaching out, Haydan lowered Isaac’s arm holding the whisk to the floor. “It’s not going to hurt you, Isaac. They’re playing. They’ve been on Storm Lands this morning and although Teeam was supposed to catch them all, it looks like a few escaped.”
The creature watched with interest, its ears lowered as it leant in to listen to their discussion. A moment later it started eating the toilet roll, shredding it and flinging paper everywhere.
Straightening up, Haydan assessed the mess. “Now considering you’re guests in this realm, is that a polite thing to do?”
Large eyes gazed up at him, before the creature shook its head, its long ears flopping about.
“You can talk to it? It understands you?” Isaac looked baffled, his bewildered gaze flitting from Haydan to the creature and back again.
“Yes, Isaac, they actually talk too, when you’re not waving kitchen implements at them.” Haydan returned his attention to the small creature who had started collecting the shredded paper up, muttering incoherently as it did so. “Isaac asked if you were house trained earlier. That’s not a good way to introduce yourselves, is it?”
Isaac’s brow furrowed as he turned towards Haydan, his intense gaze taking in all his little tells. “Yourselves? Plural? There’s more than one?”
Haydan had no idea how Isaac would react to this news. “There are three others in the kitchen, two on your cooker hood and one near the hob, playing with the ignition switch. You can’t see them, their fur hides them from your sight.”
The ignition switch clicked in response. Haydan waited as Isaac, Katherine and Arianna, who had entered from the garden, scanned the kitchen. They couldn’t see the energy signatures he could, but four of them were definitely in the kitchen. He should probably ask them to leave. If nothing else, it would stop Isaac gripping the balloon whisk like it was a deterrent.
Haydan cleared his throat. “Guys, I know you like visiting Maya, but you have overstayed your welcome, time to go.”
After three soft thumps sounded on the smooth, polished floor, a flash of light indicated a portal had opened in the corner of the room, near the sofas. Hopefully they had returned to their home world and not gone to cause more trouble elsewhere. Haydan stepped to the side, keeping Isaac behind him to allow the cornered creature past. It shot him a disgruntled look before dropping down onto its front legs and bounding towards the flash of light. It dived headfirst into the light, which immediately closed in on itself.
“Katherine, any chance of some breakfast before we leave, I’m starving?” Haydan asked, turning towards her with what he hoped was a charming smile.
Katherine nodded, inviting him to sit at the table on one of the benches. Lavinia had moved to stand by the door, her expression still one of utter delight.
“Lavinia, Arianna, sit and eat please. We need to get going soon,” Haydan said.
The thought of leaving Maya alone didn’t sit well with Haydan. The whirling dervishes regularly visited Maya. She didn’t always know they were there, but they spent a lot of time around her and no one knew why. It wasn’t normal for a chosen one to attract creatures to her, but then Maya had plenty of quirks that concerned him, her continuous challenges included. Maybe she was different for a reason.
If Haydan’s destiny was connected to the mask, perhaps that was why…he wouldn’t be able to stay. He ignored the uncomfortable weight in his mind and focused instead on his breakfast. He knew even before he took his first mouthful of pancake that until he had some answers, the mask would consume his every waking moment. 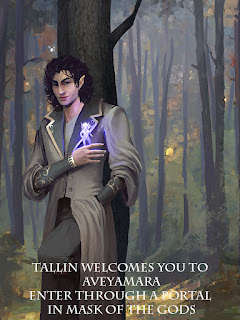 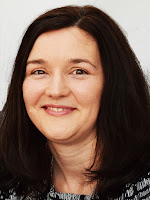 Karen Furk loves fantasy stories. She has done ever since she was a small, lonely child with an over active imagination. She’s particularly fond of stories that are crammed full of magic, mayhem and magical creatures. Karen’s background in marketing laid the foundations for her writing career which began after a serious bout of depression. No longer able to contain her over active imagination, the stories finally flowed onto a page. She aims to surprise and delight with the characters and worlds she creates. She lives in the North West of the UK with her husband, two boys and a hamster called Rufus (Yes, a girl hamster with a boy’s name. Don’t ask, she just embraces the crazy!). Visit her at karenfurk.co.uk or find her on social media and say hello – she’s on Facebook, Twitter, Instagram and Pinterest under the user name karenfurkauthor. 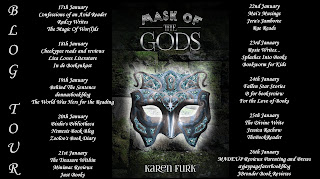 Email ThisBlogThis!Share to TwitterShare to FacebookShare to Pinterest
Labels: Karen Furk, Mask of the Gods, The Mask Chronicles