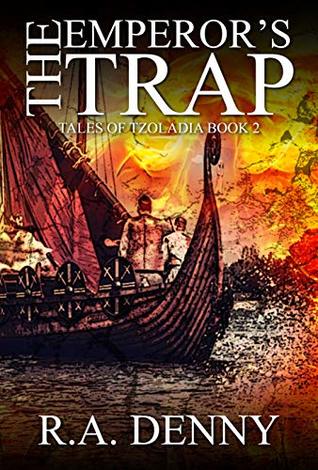 My dreams have great meaning. A dream brought me to Baskrod when I was a small boy. A dream showed me the emperor’s mad ravings in his throne room. And a recurring dream reveals that I will someday ride a lion into the city of Tzoladia at the head of a grand procession.
But prophecies, dreams, and signs are easy to misinterpret. Why else would the wise men of the Society of the Word hide in caves, carry swords, and employ spies? I thought they would know where to find the other deliverers.
But I was wrong.
Nobody knows where they are. For all I know, the emperor may already have them in his trap.

After reading the first part of the series, I was looking forward to seeing what would happen to the characters next. This book met all hopes and then some.

Amanki has reached his destination and should now meet with Brina and Moshoi, the other holders of the three seals. Unfortunately, Moshoi is presumed dead after an avalanche, and Brina, while now in the city, has been captured and sold into slavery to one of the royals. Not only that, but war is about to begin and the emperor is determined...thanks to his nightmares...to find the mysterious man who should rise up and overthrow him. Everything seems impossible, but the three heroes must still try to prevail...even if they have no idea what they are really doing.

While I've enjoyed the characters and the story up until now, this book brought the entire tale a notch higher. The author lets the story switch between three points of view, each written in first person. While this style usually frustrates me, in this book, it works. The author manages to build each character up with such individuality that the switches between them are natural and extremely interesting. Each is wrapped up in their very own, grabbing predicament, but somehow, they should come together. It's a superb weave.

There is a lot going on in these pages, making for a very complex and intricate plot. The main evil appears to be clear enough, but there are so many paths branching toward the same direction that it's hard to guess what will come next. And it's a treat to follow every single one. Uncertainty and danger accompanies all three characters as they must overcome very different obstacles. Especially Brina's position demands sympathy, and it's hard not to fever for her as the situation thickens.

While this isn't action packed with fight scenes, there is never a dull moment. There is some violence, but this is not the dominate factor. The intrigue runs deep as as the mysteries. Each character and each thought adds to the complex puzzle. Mix this with the intriguing world descriptions, and the read is addicting.

I highly recommend this series for fantasy friends who do love some action but enjoy well woven story plots with lots of character depth. It's a world to get lost in and look forward to where things will be heading next. 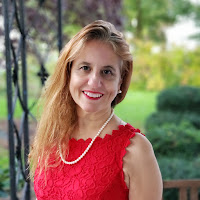