Do you hate them as much as I do? Does it drive you crazy when an author leaves you biting your fingernails for months while waiting to see what happens to your beloved characters?

If you pre-order 4-Ever Cursed, you won't have that problem. 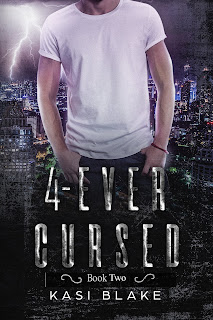 Chapter one of 4-Ever Hidden (book three) will be included at the end of book two. But only if you purchase it before the end of February. After that, you'll have to wait for book three to find out what happens to Trick Donovan.

The king of faeries (Oberon) has designed a curse for each of the people responsible for his son's death. He delights in torturing them. After they suffer for an appropriate amount of time, he will kill them. Trick Donovan has just come off a big win. He managed to take out a Shadow Faerie, and he's on his way to becoming the greatest hunter ever. He's sure nothing can stop him. Then he meets Oberon. They are headed for a battle that may level them all.

Pre-order 4-Ever Cursed from Amazon now by clicking HERE.

Before he could think of something clever to say, something to lighten the mood, she spun around and darted out the back door. Left with nothing but the taste of her—coffee and spicy cinnamon from her favorite gum—he sank into the closest kitchen chair. He was in trouble now. As much as he’d like to deny it, his body had reacted to hers in a way that assured him it was stronger than pure lust.
Suddenly, he was caught between two girls.
He couldn’t possibly be in love with both of them.
The problem was, he didn’t know who had his heart.
He didn’t know which was real and which was fantasy.

Trick scowled at the wall. He’d rather fight another Shadow Faerie than deal with this.


If you haven't read 4-Ever Hunted yet, here is your chance. For a limited time it is on sale for less than a dollar. Grab your copy now. Click HERE. 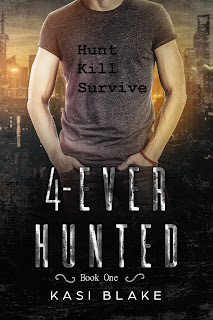 Learn more about Kasi Blake's books on her website. www.kasiblake.com

Email ThisBlogThis!Share to TwitterShare to FacebookShare to Pinterest
Labels: 4-Ever Cursed, 4-Ever Hunted, Kasi Blake