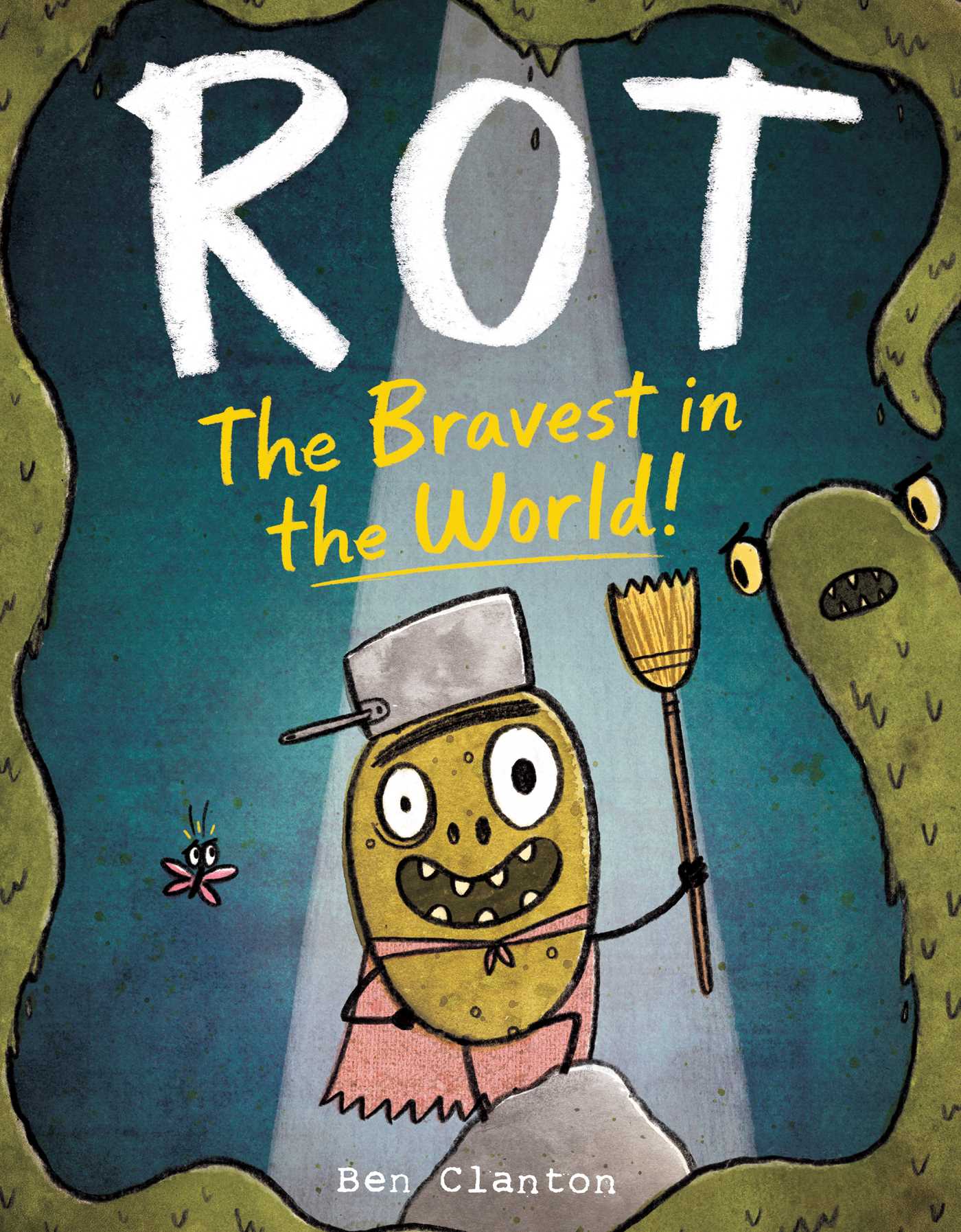 
Rot faces a scary, squirmy new challenge and finds what makes him feel brave in this sweet and slimy companion to Rot, the Cutest in the World!

Rot is a mutant potato. Like most mutant potatoes, Rot loves mud. He plays games in it, he eats it, he even sleeps in it! So, when Rot sees the most magnificent, messy mud pit ever, he can’t wait to dive right in.

But then, Rot’s big brother warns him: Watch out for the Squirm! The Squirm is slippery and slimy and gross and grimy, and it lives in the beloved mud. Now, Rot’s too scared to jump into the puddle. Can anything help him feel brave enough to take the plunge and face…the Squirm?

Whoever thought potatoes wouldn't make great picture book heroes never met Rot and joined him on an attempt to overcome the Squirm.

Rot's life is great, especially when it includes mud. Nothing is better than mud—the way it squishes between the toes...fills the nose. And there's absolutely nothing ever, ever better than jumping into a big pool of mud, except when a Squirm might be lurking underneath the surface. But Rot won't give up that easily. Somehow, he has to make himself super brave. If that's possible.

I'll admit, the idea of a potato named Rot as the main character of a picture book had me wondering, but this shadow of doubt was totally unnecessary. The author builds a fun, somewhat quirky and totally wonderful world around potatoes, and in this case, their love for mud. The first pages allow the reader to even find a sense of familiarity and connect with the potatoes as they spend time together, picnic, and enjoy...well, mud. Rot continues into the adventure with a wonderful naturalness, which will have young listeners wishing they could be his friend. He's that easy to relate to, despite all of the weird differences.

As a read aloud, this book is simply fun. Not only will the illustrations catch listeners' attentions, but the tale itself is written with emotion—silly and yet, sometimes serious—mixed in. The text flows in various fonts, allowing varying voice fluctuations to slide right in. It's never boring, flows by quickly, and will have listeners laughing as well as concerned for Rot as he tries his best to overcome his fears.

And, to top it off, there are several good messages in these pages that kids can sympathize with. First, Rot does his best to not let his own fears beat him. It's not easy, but he doesn't give up. Second, there's a little bit of teasing/bullying and Rot deals with this very well. And this second one rolls right into the third, which involves sibling relationships. Anyone who has an older (or maybe younger) sibling who likes to tease them (or a neighbor...or a cousin) will instantly understand what Rot is going through and root for him until the end.

Summed up, the first appearance of this one hits quirky and odd, but it works. I can recommend this one.
on June 12, 2020