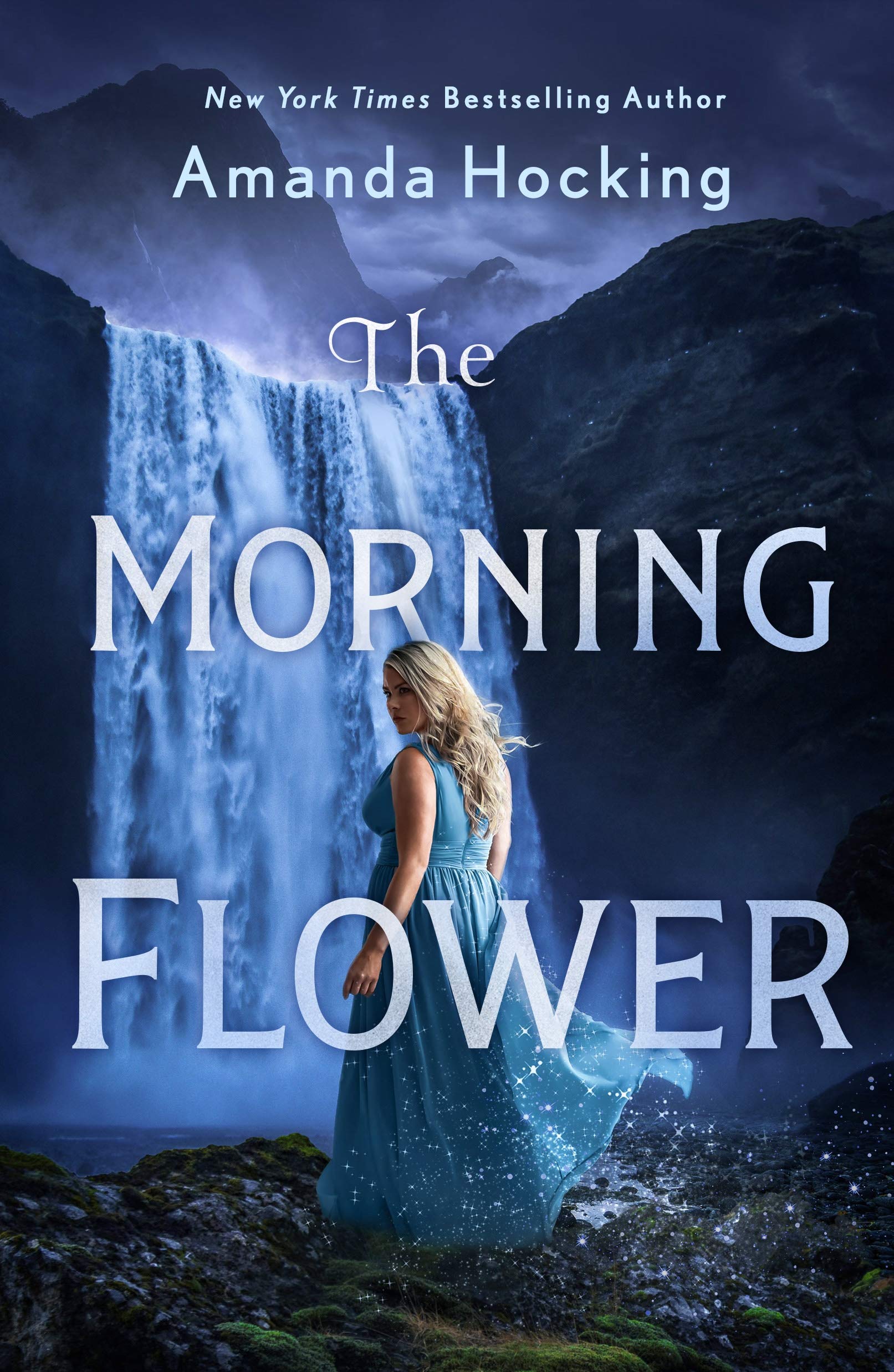 New York Times bestselling author Amanda Hocking returns to the magical world of the Trylle with The Morning Flower, the second book in the Omte Origins arc.
Nestled along the bluffs of the forested coast lays the secret kingdom of the Omte—a realm filled with wonder... and as many secrets.
When Ulla Tulin took her internship at the Mimirin, the only mystery she thought she'd have to solve was that of her birth parents. After a girl named Eliana gets kidnapped while in her care, Ulla knows she has to find out the truth of who Eliana really is—and the only way to do that means traveling to the Omte capital, the place she suspects her mother is from.
Ulla didn’t expect that when she arrived she would discover the identity of a Skojare man who crossed paths with her mother—a man who could very well be her father. When the head of the Mimirin learns Ulla's father is connected to the Älvolk, a secret society who believes they were tasked with protecting the First City and the only ones who know its location, he sends Ulla and Pan to Sweden where they find him living among the Älvolk. But all is not what it seems with the Älvolk and their urgent quest to find the Lost Bridge to the First City leaves Ulla feeling uneasy—and possibly in danger.

Note: This is the second book in a series and needs to be read as such, since it picks up where the first one left off and offers basically no backstory to catch a reader up.

While the first book in the series laid the foundation of the world and characters, this second one shoots off into an ever growing mystery and brings mounting tension just like it should.

Eliana's disappearance and the desire to discover more about her own past has Ulla driving off in search of the impossible—the Lost Bridge to the First City. When she arrives at the Omte tribe, she's not sure what to make of the Queen's inability to answer her questions, but another door opens as she runs across a strange man, who knew her mother and might be her father. Learning that her father supposedly is a part of the secret guard, which protects the mythical city, she's sent to Sweden to live with the guardians there and him. But Ulla has doubts behind the true intentions of her journey and soon finds herself deeper in secrets than is safe.

As in book one, this is an imagination packed world, which gently brushes against modern reality every now and then. The characters are easy to like or hate, and yet, others sit heavily in the gray zone, making it difficult to decipher what their true intentions are. Ulla grows with every book as she struggles not only to uncover more about her own past, but also to come to terms with it. She has a few true friends at her side as well as Pan, the obvious love interest. It's fun to cheer the characters on as they stumble over lie after lie, and discover all sorts of things about this intriguing world.

The plot thickens in this second book, just as it should. There were still a few paragraphs I grazed over, but all in all, it is an engaging read. The romance slides alongside the main plot, adding a little zest without overpowering the story line...which I appreciate. Still, it's a bit too obvious for my liking, although the awkward moments fit well to Ulla's age. The new characters weren't as easy to fall into in these pages, but then, book one excelled in this area and with the increasing tension and mystery, the new characters simply aren't getting the same love as Ulla, Pan and friends.

Fantasy friends who enjoy refreshing takes on fantasy worlds and rich world building are sure to enjoy this one.
on June 29, 2020