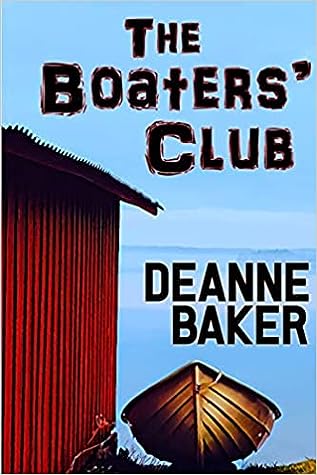 
When evil spirits begin killing off the town’s teens, Matt’s rare perceptual condition leaves him helpless to do anything about it except feel their pain. Can his club of misfits help?
Russian immigrant, Matvey (Matt) Pelevin, wasn’t born with superhuman strength or lightning speed. Nope. He got empathy and the ability to experience others' pain–as useless a combination as could be.
Why did Batman never get a cramp punching Bane, but twelve-year-old Matt can't even watch a football tackle without an annoying twinge or two? Stupid mirror-touch synesthesia.
Hiding it from his friends in the Boaters' Club would be easy enough if it was the only weird thing happening in his lakeside town.
But after witnessing a Rusalka, a water zombie, swimming in the cove, he sees a giant lizard lurking about the remains of a haunted house. Then two schoolmates suffer accidental deaths that Matt knows aren’t accidental. His crazy high levels of empathy give him insight into the evil stalking the town, but no muscle to fight.
Luckily for him, The Boaters' Club is down with investigating. Maybe with the help of his friends–a girl-genius, a daredevil, and a smooth-talker–his synesthesia will come in handy after all.

Mystery meets Russian myth to create a creepy tale with more than a couple unexpected twists and eerie turns.

Matt enjoys hanging out with his friends from the Boater's Club and is excited to join them to go fishing. When a dead zombie bride swims toward him and tries to get up on the shore, he's more than shaken and not sure if he was hallucinating or not. When he sees an article in the paper, which shows the same woman and reports that she's gone missing, he begins to believe that his grandpa's eerie stories of Russian myths might be true. And the troubles are only beginning.

Mystery fans who like more than a little spook and chills will enjoy this read. What starts as usual fishing fun, quickly turns into a creepy scene. And there's more than just a dead bride involved. Matt has a special connection to the super-natural world, one he doesn't understand. It's a subtle talent, which slowly sinks in, leaving tons of room for Matt to discover and grow into his role. But while this book is told by Matt, it's his group of friends which make it a fun read. Each one carries a distinct personality and offers their own traits to the mix. They're definitely true blue and will stand by each other until the very end.

I was surprised and delighted by the creepiness in these pages. When the creatures comes, it holds all the horror necessary for those late night reads under the blankets with a flashlight. The addition of the Russian myths was a treat, and adds a nice, cultural twist. Both of these weaved with into a mystery was simply a fun read. Most of the twists were predictable, but it didn't make it any less exciting, since the tension holds until the end.

I'd recommend this one for the upper end of the middle grade range, not only due to the creepiness but also the writing style leans more in this direction. A few passages even hint at more of a young adult level, making it great for ages 10 to 14. While there are moments which keep the reader on the edge of their seats, there are slower times as well, which, as an action fan, did catch me trying to skip over a paragraph or two. But I still recommend this one to mystery fans who love thrilling moments and things which lurk in the shadows. 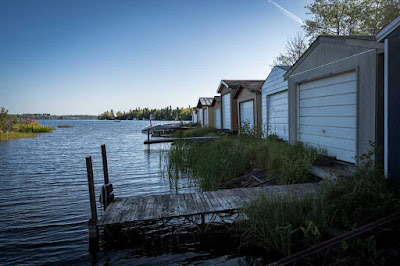 This story was inspired by the above boatyard. Wouldn't it be fun to be there and do some investigating???

Deanne Baker was born and raised in a small, lakeside town, which inspired the setting for The Boaters' Club.  A kid at heart, she loves reading and writing middle-grade stories.  She's a sucker for quirky characters and an underdog.  The Boaters' Club is her first published work.