Review: The King of Pawleys by David Bernstein 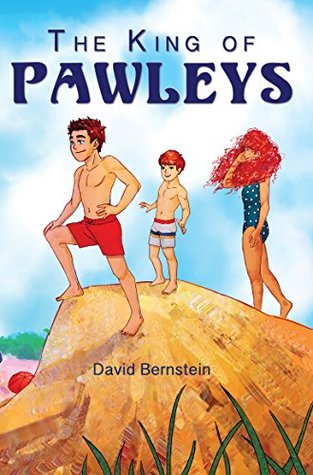 When ten-year-old Peter arrives at the beach for his week-long vacation, he pretty much knows what to expect. After all, his family has been coming to Pawleys Island for as long as any of them remember, so he quickly settles into their normal routine. But that routine is shattered in a flash when he witnesses a brutal fight in the middle of his first night there. Before he knows it, Peter is swept into a wild adventure that will test everything he thought he knew about this tiny coastal town as he races to discover who caused the fight . . . before the bad guy strikes again!

Mystery meets beach and sun...and maybe a bit of crab catching...in an adventure full of surprises.

Ten-year-old Peter, aka 'Pete', is super excited to be back at Pawleys for their yearly vacation. He's even more excited when he meets a new friend, Ali, and discovers that the teenage bully, who's been bugging him more and more each year, isn't around. But their fun takes a negative twist as Ali's brother is beat-up on the beach by a group of teens, which Pete sees but can't recognize. Ali isn't about to let it go, and together, they join forces along with Pete's younger brother to find out who the attacker was.

This is a lovely, summer vacation read for young fans of beaches, water and mystery, too. Although the crime itself is rough, the tale is told in a relatively gentle way, making it fine for even more sensitive readers. And it is an interesting read. Not only is there a bit of adventure and tension, while the trio searches for clues and information, but there's a few spooks thanks to a neighborhood ghost. Add the fun of seashell hunting, crab catching, river floating, swimming, and there's always something going on...just perfect for the intended audience. And at only a little over a hundred pages, it isn't going to scare more reluctant readers away, either.

The read is pretty smooth carries just as many 'beach' and fun moments as mystery, which gives it a natural balance with a little fun. It also hits upon themes such as friendship, sibling relationships and bullying. The three do get themselves into trouble with some bad decisions, and this makes them come across very believable. Even their interests fit well to the age group. Unfortunately, the dialogue didn't slide in as naturally, and especially Pete and Ali sometimes spoke too old for their age. Even the father's reactions surprised me once or twice.

Still, it's an fun, easy read and holds a lovely mystery.

David Bernstein is a lifelong Pawleys vacationer and a lover of hammocks, crabbing, and all things Arrogantly Shabby. He lives in Georgia with his wife and three sons. The King of Pawleys is his first novel. (taken from Goodreads)
Follow me on Facebook @BernsteinBooks
on June 11, 2020

Email ThisBlogThis!Share to TwitterShare to FacebookShare to Pinterest
Labels: David Bernstein, The King of Pawleys