Review: Fae of the North by E. Hall 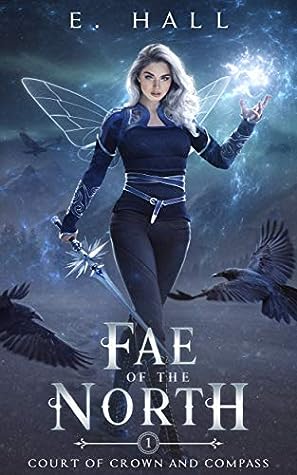 FAE OF THE NORTH
Court of Crown and Compass,
Book One
by E. Hall
YA Fantasy
238 pages

Four crowns to take. One curse to break.
When Kiki receives a strange note and discovers a secret about her past that impacts her future, she’s thrown into another realm that’s nothing like her life as a failed demon slayer in New York City. While seeking counsel to understand why she suddenly has wings, she meets a guy who looks like a Viking and looks at her in a way that makes her all fluttery inside.
Soren spends too much time at the tile table and infuriating the king's guards—evidenced by the ink tainting his skin. He gave up fighting back a long time ago and is just trying to survive. The strange thing is, he can’t help but want to take flight and when he meets a beautiful stranger it’s like something inside is trying to beat its way out.
In the Northlands, trust is a foreign concept. The people are divided by fear and want, everyone is broken or does the breaking, and the ashpit consumes the rest. Desperate to help the people, Kiki and Soren find common ground to overthrow the false king and soon discover their destinies are wound tightly together.
However, with war looming, time isn’t on their side. It's a battle Kiki and Soren can't win on their own, but could divide them forever, and forever is what they each secretly want.
This is book 1 of 4 in the Court of Crown and Compass series. It’s romantic fantasy perfect for fans of The Cruel Prince, from the Folk of the Air series, by Holly Black and is chock full of mystery, danger, and sizzling kisses.

While I've read more than a few fae orientated books, this one adds several new twists, which makes for an engaging read.Kiki is an officer behind a desk, who stamps demons either for a second change or removal. It's not her dream job, but on the street, she was simply too violent. When she returns home to find her mother dead...and suddenly bearing a pair of wings, her life takes a huge turn. Especially since a monster shoves an odd poem into her hands. Before she knows it, she finds herself in the world of kingdoms, magical creatures and fae, and it's her job to stop a war that will destroy it all.There are tons of threads in these pages, everything from her job on Earth to her mother's death to her own mysterious past to her undiscovered powers to evil kings to vampires to shadows to unknown sisters and...and...and. In other words, boredom is not something to be found in this book. Kiki herself is not a boring character, either. She packs a punch, a heart and has a bunch to figure out. Luckily, she has a true hero at her side (even if he's not sure of that himself), which adds all sorts of nice and romantic spins.As said, the pacing is not slow and the story does hook. Kiki is facing a lot and the evil she's up against is not to be underestimated. There were several aspects which felt a bit underdeveloped and others went a bit too long, which weren't enough to break my interest from the story but enough to cause pause. It will be fun to see where her adventures go next because there's definitely more to come.


The second book in the series was released on January 25th!
Thanks to my thick, to-be-read pile, I haven't gotten to this one yet, but if you read the first, I'm sure you'll want to grab this one, too. 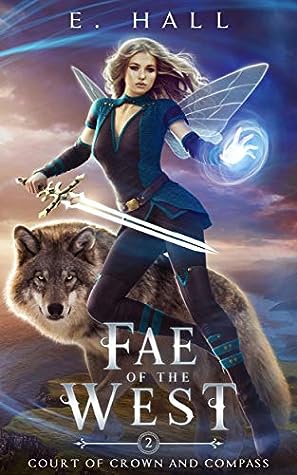 Email ThisBlogThis!Share to TwitterShare to FacebookShare to Pinterest
Labels: E Hall, Fae of the North Court of Crown and Compass