Review: Talon, Come Fly With Me by Gigi Sedlmayer 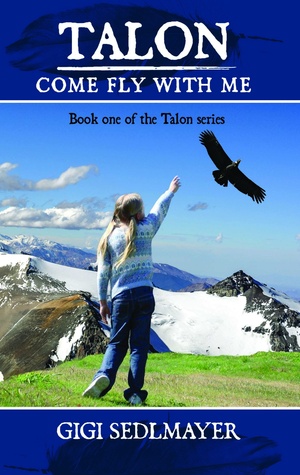 TALON, COME FLY WITH ME
Book One of the Talon Series
by Gigi Sedlmayer
Middle Grade Contemporary
187 pages

Nine year old Matica lives in a remote village on a dry plateau in the Andes of Peru. She moved to Peru when she was five with Australian missionary and schoolteacher parents. Because Matica is trapped in the body of a two year old, her growth handicap has caused her to be rejected by the local people and they would not accept her into their community or allow her to play with the children.

With patience and a sense of adventure Matica befriends a pair of condors. A strong bond and love develops between them.
Matica rescues the egg the condors, Tamo and Tima, are trying to protect from poachers and nurtures it to hatching. The egg hatches on her 10th birthday and she names the new fledging Talon.

Many adventures unfold, including her finally being accepted into the local community.
This is the beginning of many incredible adventures with Talon and Matica. It is a story of hope, determination and love.

This is a tale of finding acceptance, love, friendship, bravery and so much more.

Matica is a bright, young girl but, thanks to her handicap, stuck in a body which is smaller than that of her younger brother. The villagers shut her out, unable to accept her differences. But Matica doesn't let it get her too down. Her adventurous spirit enables her to befriend two condors, and helps them when a poacher tries to steal their egg. When the egg hatches, Matica has a new best friend, Talon, and this is only the beginning of their adventures.

This book is a lovely adventure with an amazing heroine. Matica is a strong, brave girl, who battles with her handicap and how others view her. But this isn't a story only about her gaining acceptance or over coming her challenges. Rather, it's a tale packed full of exciting moments and tons of emotions. Matica comes across naturally as does the village and world around her. It's beautifully set and an easy landscape to dive into. The author does a great job at bringing this foreign culture and setting across, and even the dialogue holds many wise statements packed in a way young readers will understand.

Not a boring moment settles into these pages, and it's hard to set the book down. At less than 200 pages, it won't scare away more reluctant readers either. It's easy to feel for Matica and readers will be dreaming of find condors to befriend themselves. Which is actually an interesting twist, since condors aren't usually seen as the most beautiful or love-worthy birds. After reading through this, kids will have a better understanding of these birds, of the problems of poachers, and simply gain a deeper sense of nature and protecting it.

Not only children ages eight and up will enjoy this, but even older audiences will get lost in this tale and leave feeling a little more inspired than before. 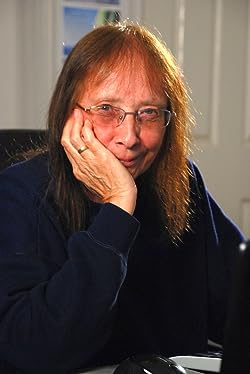 Gisela (Gigi) Sedlmayer was born on 19 May 1944 in Potsdam, a suburb of Berlin in Germany.
Her family escaped to the West just before the infamous wall went up. They moved around in Germany until finally settling in Munich where Gigi studied architectural drafting and met Albert in 1965, marrying in December 1967. She worked as a civil draftsperson in various private consultancies in Munich.
Since her uncle was a writer, she tried to write short animal stories herself. Nothing further came of it, but she developed a love for the written word and started to consume books.
In May 1975, Gigi and her husband moved to New Zealand. Because of language challenges, she started a handicraft business. As a specialty, she made colourful parrots of which she sold thousands in a few years.
In 1988, they decided to adopt and became adoptive parents of twin girls the year after. They lived in New Zealand for eighteen years and moved to Australia in September 1992.
Two years later Gigi was diagnosed with cancer. After operations and radiation, she withdrew, thinking that she would probably soon be dead, like her friend who died of cancer, but her two little girls gave her the courage to keep going. After a few years, still among the living, her brain started to work again, so she thought, ‘Get a grip on yourself and do something good with your life’.
She remembered the time she wrote short stories and got inspired again, seeing her husband Albert writing the story of their adoption. Her English became increasingly better so she pressed on to develop her creative writing.
Albert taught her how to use a computer and she wrote many short stories. She entered them in competitions and often got very good reports back, which gave her confidence to go on writing. One day the idea for the TALON series came to her and she spent the next several years bringing the story and the characters to life.
She now loves writing and spends most of her time at the computer, developing new story lines. She also loves traveling, 4x4 touring, swimming, gardening, handcrafting, reading, fossicking and enjoys good adventure DVD’s or going to the movies.