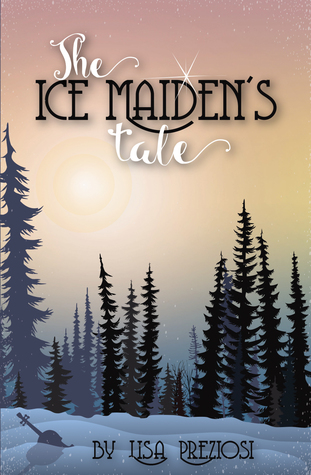 Every town has an old lady all the children just know is a witch.
When Johanna and Casper must spend the afternoon at her house, there’s nothing to do, except listen to a story. While the siblings await their mother’s return from the hospital where she’s visiting their ailing father, Mrs. Kinder reads them a story of adventure, magic and music.
Mrs. Kinder’s mysterious golden book tells an intertwined tale of two young men—the sensitive Sculptor who carves a beautiful woman from ice and the thieving Sorcerer searching for a spell that will bring the statue to life.
The story twists and turns, from the Frozen Forest, to the land of the Lemon Trees, to the home of the Swamp Witch, as the Sculptor’s and Sorcerer’s adventures circle each other. Their inevitable confrontation reveals buried memories that force each of them to confront the true cost of love and redemption.

The Ice Maiden's Tale the perfect story-within-a-story with magic, adventure and romance reminiscent of The Princess Bride for a new generation of readers.

With a bit of the feel of The Princess Bride, this is an enchanting fairy tale and more.

Casper does not want to go to the witch's house, even though his older sister Johanna insists the Mrs. Kinder isn't a witch at all. With their father in the hospital, they have no choice but to let the Mrs. Kinder babysit them so their mother has time to visit him. Mrs. Kinder tells them a tale about a beautiful ice sculpture and two young men, who are possessed with the idea of bringing the sculpture of a young maiden to life. The journey holds many stumbling blocks for all of them.

The story starts out in modern day times with Casper and Johanna arguing as siblings do. The back and forth is a little humorous, and each one gains a very distinct character, which kids will easily relate to. Interesting enough, each of them has a German name (even Mrs. Kinder) which gave a slight hint a Hansel and Gretel going to the witch's house. But the thought of danger is quickly brushed aside as Mrs. Kinder pulls out her books and offers them cocoa. Casper's continued skepticism adds a smile to the face.

The fairy tale follows a traditional flow and holds magic, gypsies and even a dragon. There are tense moments but also slower ones. There are two heroes who are possessed with the thought of bringing an ice sculpture to life, but each one has a very different adventure to follow. It's well told and interesting to follow. At times, the switch between each hero's journey was a bit confusing and could have been distinguished better, but each ones personality and adventure took a very different path. Which made the ending even more interesting.

This isn't only about the heroes' journeys but also about the modern day siblings, and the author does an amazing job of weaving it all together. At first, the shifts between the fairy tale and the modern day siblings jolts, but as the story progresses, it's a treat to watch all aspects drift together. The connection between all of them becomes clear and is never predictable.

Although this book is intended for the readers ages eight and up, it's something that adults will enjoy as well. The heroes hit upon topics which adults will relate to as well. I can see this especially nice as a read-aloud.

Mrs. Kinder settled herself in the chair across from the children and cracked open the book. She adjusted her spectacles, ever so slightly, then caressed the page with her wrinkled fingers.

“In our world, when magic happens outside of a storybook, we call it a miracle. And miracles are considered so rare and special that lifetimes can go by without so much as a hint of one. But there are faraway places where our kind of miracles are as common as blades of grass in an open field. In the northern region of one of these worlds, in the top far east corner, past green forests, swamps, lakes, and even an ocean, there lived a young artist named Gabriel.” ....
“This isn’t a very good story.” Casper complained.
"Casper!” Johanna exclaimed in embarrassment.
Mrs. Kinder laughed. “That’s because I’m not even at the story part yet, but it’s high time we get started. This story doesn’t begin, the way you think it might and the way most stories do. It doesn’t begin with a big adventure or a journey, or even pirate treasure. It starts with a tiny choice—one that seems unremarkable at the time, but that changes the course of destiny. One crisp morning, our Gabriel decided to search for firewood—and it’s with that simple decision that our tale begins.”

Curious about what inspired THE ICE MAIDEN'S TALE???

Pinterest Inspiration Board for “The Ice Maiden’s Tale”: https://www.pinterest.com/redlisella/inspiration-the-ice-maidens-tale/ 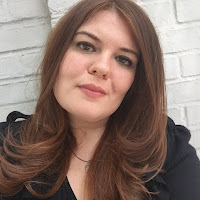 Once upon a time, long, long ago, Lisa attended Syracuse University where she studied singing in a giant castle surrounded by ice and snow. After she earned her music degree, she headed to the island of Manhattan, down to the West Village, to a place called the New School. There, she earned another degree in the great art of writing stories for children. Her debut novel "The Ice Maiden's Tale" was released by Xist Publishing on May 30, 2017. It's a story-in-a-story fairy tale adventure for all ages. Currently, she still works on that same island, in the dungeon of an old building, making up stories while she sorts through endless stacks of papers, just dreaming of being somewhere with windows. She is currently working on several novels and hopes to write her way to that aforementioned windowed place.