Celebrate The Ceruleans by Charlotte Wilson with a Giveaway 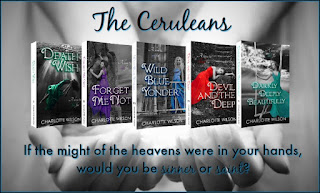 THE CERULEANS
5 Book Series
YA Paranormal
by Charlotte Wilson 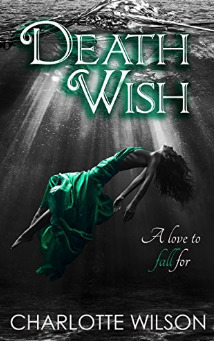 Seventeen-year-old Scarlett Blake is haunted by death. Her sister has made the ultimate dramatic exit: run away from school, join a surfing fraternity, drown in a tragic ‘accident’.
Following in her sister’s footsteps, Scarlett comes to an isolated English cove to uncover the truth. And, as it turns out, to fall in love with the place and its people, especially a certain blue-eyed surfer with a serious case of the heroics. But as Scarlett’s quest for the truth unravels, so too does her grip on reality as she’s always known it. Because there’s something strange going on in this little cove. A dead magpie circles the skies. A dead deer watches from the undergrowth. Hands glow with light. Power. What transpires is a summer of discovery: of what it means to conquer fear, to fall in love, to choose life, to choose death. To believe the impossible. The Ceruleans: soulful, coming-of-age romance with a paranormal edge. Five books, one question – if the might of the heavens were in your hands, would you be sinner or saint?

The cake was homemade. Lopsided. Slathered in gloopy frosting. Judging by Adam’s previous attempts in the kitchen, it was safe to assume it would be inedible.
Estelle loved it.
‘You baked? For me?’
She reached over and pulled Adam into a hug, awkward with the massive baby bump wedged between them.
‘Happy anniversary!’ he said.
Estelle pulled back, frowning. ‘That’s tomorrow.’
A year since she had Become a Cerulean. A year since she had died.
‘I know,’ said Adam. ‘But I have a surprise for you. A… gift. And I wasn’t sure how you’d take it, so I thought: give it to you today, and if you… well, if it’s not what you want, then it hasn’t spoiled tomorrow.’ He smiled at her – nervously.
‘O-kay,’ said Estelle. She couldn’t fathom what gift she could potentially dislike that much. Unless he’d bought her something girlie. She didn’t do girlie.
‘Good,’ said Adam. He grabbed her hands. ‘Ready?’
She’d barely begun to nod when it happened… the picnic blanket, the beach, the ocean, all gone, replaced, in the bewildering blink of an eye, by a grimy urban alleyway.
What came next was not pretty. Estelle hadn’t been that sick since her first trimester.
‘Are you insane?’ she hissed eventually, when she was done and could get a word in edgeways between Adam’s apologies and panicked are-you-okay-is-the-baby-okays. ‘You Travelled us to…’ She looked about and recognition made her jaw drop. ‘No,’ she said. ‘Truro?’ 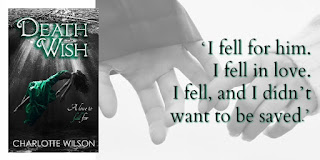 White-faced, Adam nodded. He didn’t say anything; he just pointed at a shopfront visible at the top of the alley. The sign was so weathered it was unreadable. That didn’t matter; Estelle knew exactly what it said: Tattoo Tony’s.
Furious, she rounded on Adam. ‘You’d better start explaining right now.’
‘The nightmares you’ve been having about… him. I couldn’t do nothing. It’s not right, Estelle, that he’s living his life here. Unpunished. So…’ He held out his hands. Ethereal blue light lit the alley.
‘Quit it!’ Estelle slapped his hands, hard. ‘Adam…’ She stared at the one person she loved, who’d given her a home and a purpose – to whom she’d confided her deepest, most painful secret: that when she was nine, the year before her mother ODed, a man named Tattoo Tony had abused her.
Adam stared right back at her, and there was a spark in his eyes she’d never seen before. ‘What’s the point of having power over life and death,’ he said, ‘if you can’t use it to take out a bad guy? One touch, Estelle. That’s all it would take.’
No! she should have yelled. No, Adam, that’s sacrilegious, against everything the Ceruleans stand for. But the words wouldn’t come.
She looked up the alley again, at the shop. She lay a hand on her swollen belly. Then she reached out and took Adam’s hand, and they walked toward the street.
They would have looked an odd couple – he the picture boy for geek chic, her Gothed out from head to foot – had they been visible. They weren’t, though, thanks to Adam’s power. They could walk right across that street, into the tattoo parlour and kill a man, and no one would ever know it was them.
At the door to the shop, which was propped open, Estelle pulled Adam to a stop. She could see an old man inside. He was gaunt and stooped, and his breath was coming in wheezy pants.
‘Do you feel it?’ she murmured to Adam.
‘Yes,’ he said. ‘Lung cancer, I think.’
‘How long does he have?’
‘Months, if that.’ 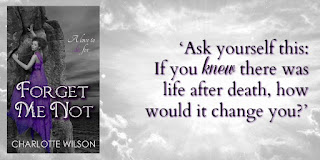 Estelle thought carefully before asking the next question: ‘Do you feel the pull? Are you meant to heal him?’
She saw Adam shake his head. No. This man was destined to die. Slowly. Painfully.
Suddenly, she realised that she could see Adam; he was no longer shielding them from view. That’s how well he knew her. There would be no wicked deed here today, no Falling from grace. Only justice of the karmic kind.
‘God I love you,’ she said, and she pressed her lips to his.
‘Er… can I help you?’ Tony had come to the door and was frowning at the couple kissing on his doorstep.
Estelle and Adam broke off, but they didn’t even look at the man beside them.
‘Take me home,’ Estelle told Adam… and he did.


They stayed on the beach for the rest of the day, lying in the sun, paddling in the surf. When the sun set there wasn’t a crumb left of that cake. It was dry. It was salty. It was crunchy with egg shell. But it was the most delicious thing either of them had ever eaten. 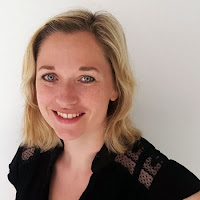 Once upon a time a little girl told her grandmother that when she grew up she wanted to be a writer. Or a lollipop lady. Or a fairy princess. ‘Write, Charlotte,’ her grandmother advised. So that’s what she did.

Thirty-odd years later, Charlotte is a professional writer. For authors and publishers, she writes and edits books as The Book Specialist. For herself, she writes soulful, coming-of-age romance for young adults.

Charlotte grew up in the Royal County, a hop, skip and a (very long) jump from Windsor Castle, but these days she makes her home in a village of Greater Manchester with her husband and two children. When she’s not reading or writing, you’ll find her walking someplace green, baking up a storm, or embarking on a DIY project. She recently achieved a lifetime ambition of creating a library in her home to house her ever-increasing collection of books. She pretends not to notice that the shelves are rather wonky.

You can find Charlotte online at: