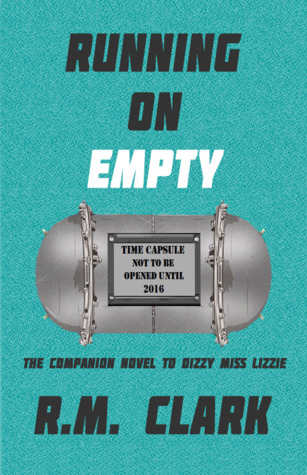 
After getting a video camera for her fourteenth birthday, Kasey Madrid enters a student documentary film contest and chooses her town's 300th anniversary celebration as a subject. Everything is good until the town's time capsule is unearthed empty at the celebration, prompting Kasey to investigate. Things get even stranger when she begins to see someone in her camera no one else can see.

That “someone” turns out to be Marion Gibson, the town's former historian, who went into a coma-like state when the time capsule was buried and whose memories are now trapped in time. Kasey researches the town historians and reveals their 300 year-old secret: a wooden chest that gives them the ability to see other people's memories and visit the past. She also finds that Marion's successor, the real town historian, is missing.

Using her film footage (and with a little help from Marion), Kasey discovers the chest is passed on to each new historian every generation through time capsules. When the chest is stolen, Kasey and her camera go back to save Marion, find the identity of the next historian and solve the mystery of the empty time capsule.


With logic, thought, curiosity and a perfect dash of magic, this mystery grabs from page one and keeps kids guessing until the very end.

Kasey has her camera ready to catch one of the town's most important events - the opening of the time capsule. But when the bolts are removed, nothing's inside. Curious, Kasey attends the town meeting to see what happened, but instead of answers, she accidentally films a mysterious woman who can only be seen through Kasey's camera.

I've read this author's works before and again, wasn't disappointed. What I love about Running On Empty is the 'Nancy Drew' feel. The plot is built on thought, facts and good old clue hunting, but with a tiny bit of fantasy thrown in. Kasey is a very average girl, who is simply curious. With her best friend, she tries to figure out what is going on, not through any amazing methods, but by every day information gathering, paying attention to details and a sharp sense of logic.

Kasey delves through quiet a bit of historical facts, but the information doesn't really get boring. Subtle clues are peppered here and there, keeping the pace flowing even in slightly 'dryer' areas. There are many layers behind the secrets, which makes it difficult to guess what will happen next or where the mystery is headed. The addition of a little fantasy creates a nice touch without disturbing the realistic setting and gives the whole thing just the right amount off magical flare.

Summed up, this is an intriguing mystery for middle graders. Especially girls will enjoy following Kasey as she uncovers the many secrets, and at 150 pages, it's not the kind of book which will scare more reluctant readers away.

R. M. Clark is children's book writer who lives in a small New England town with his wife, two sons, one dog and one cat. He is currently at work on his latest middle grade project. Clark is represented by Mel Stinnett of the Starlight Literary Agency.

You can find out more about him and his books at: