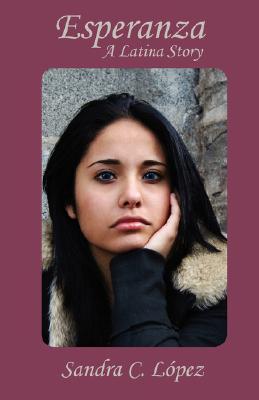 
Fourteen-year old Esperanza Ignacio could only think of a few words to sum up her life: crap, crap, crap!
She was born into a poor Latino family living in a small crummy apartment in the barrio side of town, where the graffiti chiseled more the souls and character of the residents than it impacted the exterior looks of the buildings. Her father was a drunken, gambler, and wife-beater who, one cold night, got arrested after a violent intrusion. Her entire circle of relatives consisted of nothing but formers-former drug-addicts, former gangsters and gang-bangers, former alcoholics, former everything. Yep, her life was nothing but a huge load of crap. And she hadn't even started high school yet.
After surviving a scorching summer heat, Esperanza enters the unfamiliar world of high-school with a tight knot in her stomach. On the very first day, she is sucked into a blunder of catastrophic events beginning with accidentally running into the world's BIGGEST bully. Now, she has made herself the prime target for a main course. And, to top it all off, she has to see this girl everyday in P.E! P.E.-the one class Esperanza truly despises the most. Could life be any worse for her?
Well, her family could take in a relative hopped up on drugs, a probable shooting can take place right in front of her, and Esperanza could also sit and listen to the crazed ranting of her loud psychotic mother.
Oh, wait, all that does happen.
To make things even easier, her best friend, Carla, won't stop trying to marry her off to her twin brother, Carlos. And she has these two puny siblings constantly vying for her attention. God, it's a wonder she doesn't strap herself in a straight jacket and pretend to be Elvis. Nonetheless, Esperanza attempts to get through it all. She is a smart and ambitious young kid struggling to survive her life while fighting to make her mark on the world.
Her story is filled with pain, strength, and too much loud bickering. It carries a voice enriched with barrio slang and sarcastic humor. Esperanza illustrates what persistent Latino youth can achieve when they get back up after a fall and keep on walking straight into college.

"Esperanza is an admirable and too real story of many Latino youths lacking role models, who find themselves lost and isolated in the paved jungles of the inner cities and overwhelmed by the dissonance of barrio life. Sandra C. Lopez has created a resilient and likeable character, Esperanza, who seems closer to a naked truth-seeker than to a barrio kid-desperately trying to get out of a crappy world, but not knowing exactly where she was going to. Highly Recommended." Andrea Alessandra, University of California, Berkeley

"Sandra Lopez is a fresh and resonant voice from the Hispanic rainbow." Ray Michael Baca Author-"Brotherhood of the Light"

It's been awhile since I read a coming-of-age novel, which came across as authentic as this one, and this makes it more than a treat to dive into.

Fourteen-year-old Esperanza just finished eighth grade and has to survive a very hot summer before high school begins...and she's promised her mother hundreds of times that she is going to finish her schooling no matter what. It's not like her past has been easy. Raised by a single-mother, caring for younger siblings, abused by a drunken father, related to only drug-addicts and criminals...her life has been rough. When high school starts, she's excited to start a new chapter but finds herself at odds, right away, with another girl. Add the constant nagging of her best friend to get together with their twin brother, a mother who seems to be loosing it, and a relative with a drug problem moving in, and things aren't going to get any easier than before.

This novel is a little different than many young adult novels, in that there isn't really a single problem Esperanza has to work through. This book is about several years of her life, the problems she faces, and how she deals with them. During the first chapters, the reader learns about her past, gets to know her family and friends, and discovers who Esperanza is. There's isn't really a steady threaded plot, but the reader is simply drawn into her every day life. It's a read which dives into the character, allowing the reader to get to know her inside and out. Because of this, her experiences hit a more personal level and allow the emotions to touch the heart.

Esperanza comes across as a young girl, who has things under better control than she thinks. Life gets rough, and she makes mistakes, but she's a strong character with a good moral compass and a ton of heart. Her determination, even when things threaten to pull her under, is inspiring and is something many young adult readers can easily identify with. But then, every scene, character, and even the problems come across very realistic. (There are a few triggers—family abuse, drugs, mental health issues, etc. )