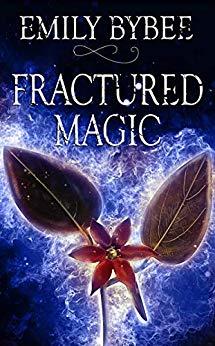 As the world’s worst witch, Maddie is mistreated by her own kind. She was born a Defect. Most of her spells blow up in her face, literally. While witches search for the long-lost power of the earth, Maddie spends her time in the science lab. There, she discovers a clue to the lost power. The only other witness is Jax, a smokin’ hot college bad-boy, who Maddie can’t decide if she wants to kiss or kill.
When she fails her magic final, the council orders her magic stripped. Maddie’s only chance to keep her brain intact is to find the power with the hope that it can fix her. Jax is her one true ally on the journey. The two of them must use their smarts to stay ahead of the witches while they follow a two-hundred-year-old trail to the power of the earth and the truth behind Maddie’s defect.

Jax grabbed my arm. “Do something.”
The strain in his voice pierced me like daggers. He didn’t deserve this. I just shook
my head. “It’s no use.”
“But you’re a witch,” he insisted. “Use your powers.”
I yanked my arm away unable to meet his eyes. “The only thing my powers are
good for is…” My eyes stared through the metal mesh at our feet and rested on
the support pillars. “Blowing stuff up.”
I pivoted back to look at my aunt, now thirty feet from us.
Blowing stuff up.
I may not be able to attack them directly but I could certainly rock their world.
Two sets of support pillars stood in the sections that separated my aunt from us.
My hand gripped Alex’s arm. “Alex, get behind me. Now.”
His brow wrinkled. “Maddie, you can’t use your magic. You might—”
“Shut up. I have a plan,” I almost shouted. I’d been made perfectly aware of
my limitations my entire life. I didn’t need him to remind me.
“Maddie, don’t try anything. You’ll kill us all.” He glanced down at the ground,
so far below our feet.
Jax stepped in front of me. “Shut up, Surfer Boy. She’s smarter than you think.”
I ignored Alex’s protest and Jax's support and channeled my energy. I focused
on the y-shaped support beams where they met in the middle.
Metal was obviously harder to blow up than fruit, but my channeled energy turned
the beam a molten red. For the first time in my life I fully opened the channels
in my mind. Raw power disrupted the bonds of the atoms in the beam.
Before my aunt could react, the metal exploded
with the force of C-4.

Emily grew up loving to read and escape into stories. She began writing her own at the age of twelve. In college she focused on science and graduated with a degree in Environmental Biology. After college she began writing again but quickly realized she had failed to take a single writing or grammar class. Luckily, she’s a quick learner. Emily now lives in Colorado with her wonderful husband, three amazing children, and way too many animals. She still enjoys making up stories and can’t seem to leave out the paranormal elements because they are just too much fun.

a Rafflecopter giveaway
on December 14, 2018