Review: EZ and the Intangibles by Bob Katz 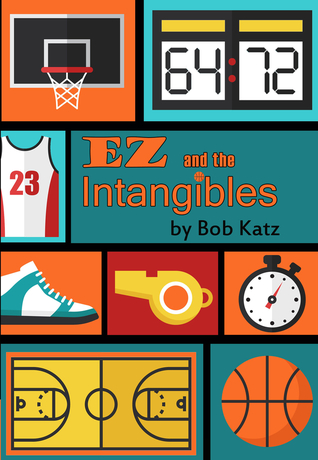 Ethan “EZ” Zanay loves the sport of basketball and it’s really unfortunate he’s so darn bad at it. After making an embarrassing mistake in front of his teammates, EZ finally decides to call it quits. End of story? Not quite yet.
EZ’ lack of basketball talent is far from his only problem. He’s isolated from classmates and wanders the fringe of the schoolyard alone during recess, gazing at the games he’s never invited to join in. When his father, a popular former sports star, is accused in a business scandal, the family must suddenly wrestle with financial problems. Plus, EZ’ bothersome kid brother is the town’s most promising young athlete, fast becoming a local legend.
And making matters worse, EZ still clings to the fantasy that someday, somehow, he might yet turn into that unheralded player who surprises everyone by coming through in the clutch.
His best shot at a comeback is to specialize in those subtle moves and unseen maneuvers that don't show up in the standard stat sheets. EZ’ secret game plan is to focus all his efforts on making the most of the intangibles. But he’ll only succeed if somebody is there to notice.

EZ, otherwise known as Ethan Zanay,  would love to be a great basketball player, but he isn't. He's on the team to make his dad, a basketball legend in their town, happy, but EZ stinks when it comes to any moves on the court. His life gets even tougher when his father is charged with fraud and ends up in prison. Deciding that it's time to make his dream come true, he intensively works on those small but oh-so important things which influence a team's play, the intangibles. But those are also the things barely anyone notices.

Basketball comes to life in these pages, keeping a realistic atmosphere that any young basketball fan will immediately recognize. EZ's worries, concerns, actions and decisions are very understandable for his age group. While EZ's main focus is on basketball and finding a way to make himself a valuable team player (or just be decent enough to be on a team), the other family problems add depth without overpowering the sports aspect. It creates a nice balance, where EZ battles two very different yet interacting problems. He tries to meet his father's expectations, while figuring out what is realistic and what is right.

The story flows at a smooth pace, making it easy to get stuck in the story. At 150 pages, it has the perfect length to create an interesting adventure while still remaining attractive to even reluctant readers. There's never a boring moment as EZ tackles various issues on and off court. The ending is unexpected and rounds off the entire tale nicely, while still leaving some food for thought.

This is a nice read for boy basketball fans, which has an important message—one which empowers while showing that not everyone's path or goal should be the same. 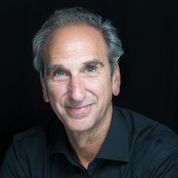 Bob Katz  is the author of several acclaimed books, including the novel Third and Long, winner of the 2011 Independent Book Publishers Association fiction award, Elaine’s Circle, a non-fiction account of a dramatic year in the rural Alaska classroom of an innovative school teacher, the novel Hot Air, which was optioned by actor Michael Keaton and MGM for a movie, The Whistleblower, a nonfiction exploration of the world of college basketball referees, and, most recently, EZ and the Intangibles, a novel for middle readers.

Email ThisBlogThis!Share to TwitterShare to FacebookShare to Pinterest
Labels: Bob Katz, EZ and the Intangibles