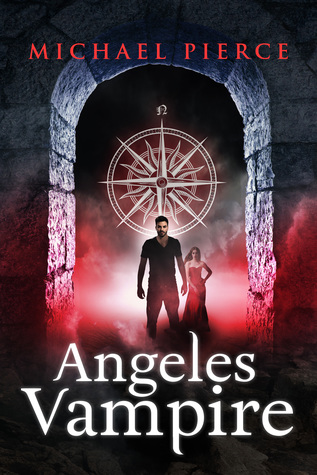 
A daughter’s desperate search. A secret society. A mysterious stranger who could take her breath away for good…
Fiona Winter refuses to give up the search for her estranged father. But after spending years chasing down dead ends, those she loves most refuse to support her quest any longer. Just when all hope seems lost, a dark, mysterious stranger promises answers… for a price…
Fiona reluctantly agrees to Matthew Mercer’s intriguing proposal, and she’s tossed headfirst into an underground world of monsters that shouldn’t exist. To find her father, she’ll need to venture into the dark with a guide who might be just as dangerous as the creatures she’ll face. Can she trust the captivating Matthew or is he leading her to a fate worse than death?
Angeles Vampire is the first book in an addictive new paranormal series that’s perfect for fans of Twilight, The Vampire Diaries, and A Shade of Vampire. If you like unearthly plot twists, heart-stopping chemistry, and characters with dark secrets, then you’ll love this new take on the lore you crave.

This was not what I expected and went into an entirely different direction...one that makes an amazing start into what promises to be quite an interesting series.

To those around her's frustration, Fiona refuses to give up the search for her father, a man who suddenly disappeared without a trace. But then, she's running out of ideas too. When a strange guy enters her surroundings and her boyfriend disappoints her, Fiona makes a decision which changes her life even more than she could have ever expected. Pulled into a world she didn't know existed, Fiona not only searches for truth but for her life.

This starts out like a fairly usual paranormal teen novel. There's the family drama, school drama, friends drama and boyfriend drama. Fiona is barely juggling it all and seems to only make those around her less and less happy. Her mom's unhappy, her friends are bugging her and even her boyfriend hits the bad boyfriend cliche square on. And then, the whole things starts to morph.

When Matthew hits the picture, it doesn't seem that different than the usual drama at first, but this changes. The book slide more and more into intrigue, paranormal and a science fiction twist. There are secret organizations, jealous battlegrounds, and hidden agendas Fiona could have never dreamed existed. The truth behind her father molds into something completely unexpected and promises much more food for thought in the rest of the series. Even Matthew doesn't fall into a solid mold, and it's hard to guess what directions his character will take in the future. But then, all of the characters, good and bad, could bend and twist in so many ways. It will be interesting to see where all of it goes next.