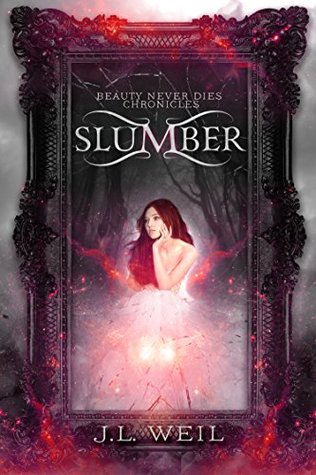 There is no such thing as happily ever after.
Everything Charlotte Winston thought she knew has been thrown out the window. From the moment she opens her eyes, the world she remembered ceases to exist, and in its place is a post-apocalyptic realm filled with unimaginable dangers. And one very smoking hot guy who has an uncanny ability to make her blood sing, then boil in a blink of an eye.
Dash Darhk is everything her parents would hate. He’s six feet and two inches of dark temptation and a killer smile, that’s surely left a stream of broken hearts in his wake. But her parents are nowhere to be found. Charlotte is alone in this new world. Destroyed by a toxic mist, the land isn’t the only thing altered, but the inhabitants as well.
As Charlotte begins the hunt for her family, gifts she’s never fathom awake inside her. And with the gifts come problems. Enormous ones. Charlotte is running out of options and places to hide. If she can’t figure out who to trust—and fast—she will lose more than her heart.
Fans of Hunger Games, The 100, and Divergent will fall in love with Slumber.


This is a lovely mix of a Sleeping Beauty and a harsh, dystopian world, where beauty hides the deadliest threats.

Charlotte wakes to find herself in an entirely new world, and her memory of her life before she was placed in the long-term sleep is patchy at best. But when she awakes, she finds herself staring into the eyes of a man her mind can only categorize as a prince. At first, that is. As he yanks her to her feet and drags her along as they run for their lives, it quickly becomes clear that he is as deadly force to be reckoned with. Luckily, he does appear to have some form of a soul. Considering he is the only thing between her and mountains of danger surrounding them, she prays that glimpse of goodness in him is not just her imagination.

Although this is a bit of a twist on Sleeping Beauty, it is really just a bit. The tale quickly morphs into a dystopian adventure with all of the action, danger and tension that this genre should hold. The world is beautiful but fierce, and it's hard to determine who to trust and who not. Add the powerful, evil corporation and the addition of twisted DNA and the new super powers it brings, and this is a jump into excitement pure. There's always something going on, always an unexpected threat around the corner and tons of mysteries begging to be solved.

The world is tangible, alluring and a joy to dive into. The lush plant life with all of its diversity and deadliness excites imagination's heart. Charlotte is thrust into this world, coming from a upper-class family where she spent time cheerleading and at the mall before. She's got that spoiled snippiness, but more too, which helps her to evolve into a character to cheer for. The biggest fault with her character is her instant and constant obsession with the hero. Although the romance is extremely well balanced—tons of push and pull, and never clear cut—her own thoughts hang on the 'hot' guy all of the time. It grows tiresome and ridiculous, especially considering she was up against a very threatening, unknown life and environment. But outside of this, the characters are well done and a joy to follow as they struggle for survival.

There are tons of layers, many which remain unexplored, and I assume will be answered in the rest of the series. The twists and turns are unexpected and add all sorts of possible paths for the future of the series. Even along the character lines, there are several sub-characters touched upon—never very deep—but just enough to draw in and increase the desire to learn more.

Summed up, this is the exciting beginning to a sure-to-be interesting series packed full of action, adventure, romance, imagination and tons of science fiction elements. In other words, despite some problems, it's a treat to read.