Review: Ethan and the Key by Dennis Canfield 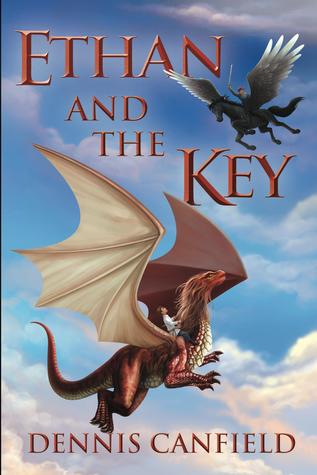 Twelve-year-old Ethan Mason is focused on baseball, math tests, and staying out of Howard Russman’s way. That is, until a mysterious puddle of green light appears in the upstairs hallway of his home. The light brings Ethan to the kingdom of Abentur, a beautiful world defended by a dragon against vicious invaders and Draykik, their brutal leader. Ethan can’t tell his parents or friends or anyone else about the new world he’s discovered, because he has no way to prove, even to himself, that it really exists. When the invaders capture the castle and take him and the royal family prisoner, Ethan learns that he alone may be able to save Abentur. But should he risk his life for the kingdom?
Ethan and the Key is appropriate for ages nine and up, and is especially written for parents who love reading with their children.

This adventure rides as smooth and as thrilling as the flight through the clouds on a mystical dragon.

Ethan loves baseball, actually doesn't mind math and can't stand the biggest jerk at school, Howard. He's as normal as normal can be and totally satisfied with life, but when a green light in his hallway transports him to the forest outside of a castle, normality disappears. Ethan soon finds himself wrapped up in an adventure, where horses fly, dragons breath fire and evil men plan to destroy a peaceful kingdom. . .and him.

The first page plants foot in a very real, easily recognizable situation—a baseball game. Ethan and his friends come across as normal as the kid next door and it's no problem to connect with them right away. Ethan isn't overly daring or brave, but he doesn't back down from things simply because they're difficult. He's got a good head on his shoulders, knows right from wrong, and takes on things as best as any kid could. Readers can easily slip into his shoes and cheer him on every step of the way.

There's no time for boredom in these pages as the fantastical world, and it's challenges comes to life. Something is always happening. Still, it's not high-tension with jerking abruptness, but rather takes on a smoother pace, making an enjoyable read.

Ethan is caught up in a flip-flop between two worlds, the kingdom and real life. The author sets up the mechanics masterfully, making it believable while adding a bit of humor. While the fantasy world is rich and exciting, the real world borders on obsolete during most of the tale. Ethan does have clever interactions with his 'real' friends, but these are short, sporadic and miss a bit more depth. Still, this doesn't hurt the main plot in the fantasy world in the least. The adventure remains strong the whole way through, holds many surprises and is sure to lure readers in.

Summed up, this is an exciting, well-written adventure for ages 9 and up. It comes across smoother than many adventures for this age group, while still holding all the elements necessary for a terrific read. And at only 200 pages, it's a fantasy even more reluctant readers can dive into and enjoy. 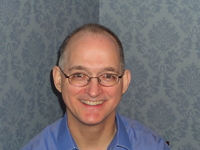 Dennis is a lifelong Mid-westerner, growing up in suburban Chicago. He graduated from the University of Illinois College of Commerce and the Kellogg Graduate School of Management at Northwestern University. He and his wife and their two daughters lived in downtown Chicago for fifteen years before moving to the western suburbs several years ago.
His interest in writing started when his older daughter was cast as Wendy in the local community theater's production of Peter Pan. Dennis was the one pulling the ropes to make her fly over the stage. The experience was so much fun, it inspired him to try his hand at writing  a play. But, having no training in writing for the stage, it wasn't long before he decided to start with a book instead, and published the Christmas noveletta, "Silent Night," in 2011. He took what he learned from that experience and wrote the novella, "Back to Christmas," published the following year. Over the next few years, he talked with several professionals who know a lot about writing plays, and now has the book and lyrics for a stage musical version of "Back to Christmas." Most recently, he finished "Ethan and the Key, a full-length middle grade novel.
"I think 'Ethan and the Key' may have been the first story I ever wrote, pre-dating even 'Silent Night.' The original idea for 'Ethan' was based on Puff the Magic Dragon, and told the story of Jackie Paper, now a middle aged- man, being called back to Honah Lee to rescue Puff. But I couldn't find a way to write that story that I liked, so I put is aside for several years and only returned to it in early 2017. Ethan and the Key is quite different from my original vision for the story, but I'm very pleased with the way it turned out.
Links for Ethan and the Key:
https://www.goodreads.com/ book/show/36263753-ethan-and- the-key?from_search=true
https://www.amazon.com/gp/ product/0999538802
https://www.facebook.com/ ethanandthekey/