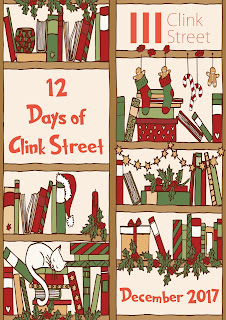 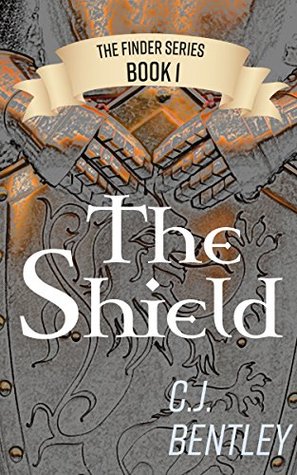 THE SHIELD
The Finder Series, Book One
by C.J. Bentley
Middle Grade Fantasy
101 pages
ages 9 and up

People lose their belongings. That is a fact of life. It can happen by accident, but sometimes it can happen when you put them in a very safe place and forget where that safe place is. Not many people are good at finding them again.A young, gutsy girl with a kind heart, who's searching for her own identity growing up in the 1960s, just happens to be very good at finding things. Can she be the one to help return whatever is lost - anywhere and at any time - to its original owner?With the help of a beautiful yet mysterious wise woman and a chivalrous knight she does just that. She finds and returns his shield, lost in battle, which unbeknown to her holds a secret that is important to his King, the safety of the Kingdom and the life of the daughter of his best friend.The Shield is the first story in The Finder Series, taking our heroine on extraordinary journeys back in time. Her first adventure takes place in Medieval England in 1340 where she meets King Edward III, his wife Philippa and their son, who will later become the Black Prince.

I reviewed this book earlier this year and really enjoyed it. You can find my review here!

‘What would you like for Christmas this year dear?’  I addressed my husband as I joined him at the breakfast table with the toast.
‘Hmmmm….’ Was the reply from behind his newspaper.
Undeterred I continued.
‘Would you like a ticket to fly on the Branson Virgin Galactic to view the earth from space?  I think it only costs around two hundred and fifty thousand dollars and flights are due to start in 2018.’
‘Hmmm……’ once again.
‘What about a new car?  The Volvo is showing its age now, something bright and sporty, one of those flashy Italian ones with the strange names.  No, it might be a bit tricky for you to get in and out of with your back’.
‘Hmmm….’ Once again the monotonous reply.
‘What about a holiday?   A trip to Africa.  To one of those safari camps that trick you into thinking you are camping but is in fact five star luxury under canvas’.
‘Hmmm….any more coffee dear please?’  Still from behind the paper.
I was going to have to up my game.
‘Of course dear, are you listening to me?’ as I poured him another cup and added milk.  Or is that paper more important?’
‘Hmmm…..’
This was getting boring, always tenacious I continued.
‘What about a boat?  Something big, we could moor it on the Med’, big enough for the children to stay on with us in the school holidays, I could see you in a Captain’s hat on the poop deck, you would look quite dashing’.
‘Hmmm….’  Back came the usual reply.
Now I am an incredibly patient person, forty years married one had to be, but how much longer could I continue with this one sided conversation, my patience was beginning to wear thin.  It hadn’t always been like this.  When the children were young and at home they had probed us both with questions for requests well before the festivities.  Then came the secrets and giggles as they returned from shopping trips with Dad, who smiled at me from over their bag-laden arms.
Things change, life happens.  Children grow and have children of their own.  It is only fair to share.  This year it was the turn of the partner’s parents.  It had been my choice to have us all together so the alternative year it was to be just the two of us.
Don’t think I don’t love my husband, I do, very much but it will be a very quiet Christmas this year.  The high point would be the telephone calls from the children on Christmas morning.
I continued.
‘I know, we will donate money to a good cause, a charity, like we did for the children when they sponsored an animal each at the zoo.  You could sponsor an elephant, you’ve always liked elephants’.
‘Hmmm….’
‘I didn’t tell you but I give money to Save the Children, have done for the last few years in fact, my secret gift to myself’.
‘Hmmm…’
I was starting to get annoyed.
‘Or I could just buy you a new shirt and tie for work and golf balls like I normally do’.  I glared once again at the back of the newspaper.
‘Hmmm…’
‘Well that’s that then, golf balls it is’.
‘Hmmm….any more coffee in the pot?’
‘I’ll make more, this is stone cold’. 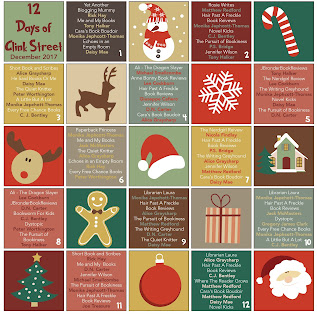 
Originally heralding from the North of England, C.J Bentley has traveled extensively and enjoyed living in a variety of countries across the world from Dubai to Doha, Qatar and now the countryside in the South of France. A background in teaching and childcare she has always enjoyed creating adventure short stories. However, it was when she became a grandma and with her grandchildren growing up that she discovered that books seemed to contain only stories of vampires, zombies and farts that she decided seriously to take matters into her own hands and put pen to paper which today she calls The Finder Series.
Website – https://www.cjbentleyonline.co.uk/Facebook – https://www.facebook.com/CJBentleyAuthor/Twitter – https://twitter.com/CJBentleyAuthor