The second Lizzie White lays eyes on her new English teacher Brandon Thomas, she is hooked. Brandon is young, cool and sexy – and nothing like the other teachers at her school. But of course he is forbidden from fraternising with the students or forming any sort out of outside hours relationship. And combined with the fact that Lizzie’s best friend Taylor declared her feelings for Brandon first (and has therefore claimed theoretical ownership), Lizzie decides it’s all too hard and focuses on a budding relationship with fellow student and class clown Gabe instead. But then Jason shows up. Jason is Brandon’s trouble-making twin brother who seems to have no qualms about flirting with students or leaving a trail of broken hearts wherever he goes. Before she knows it, Lizzie is dragged into a confusing world of blurred lines and lustful thoughts, where loyalties are tested and true feelings are explored.

Firstly, I found the cover priceless--a picture perfect fan girl look. And it sums up the story pretty well.

Lizzie is a seventeen (almost eighteen) year old, who finds the new English teacher cute. But so does every other girl in the school. But what makes Lizzie sympathetic is that she doesn't freak out like everyone else. She thinks the guy's cute. Sure. She fantasizes about him a bit too, but unlike her best friend, she doesn't really go all out. She has a level head and tries to stop her best friend's sillinesses. . .well, in so far that it's possible.

I enjoyed the peer-pressure in this, subtle yet the message is there. Lizzie is a great friend, but like many kids that age, sometimes blind and gets in over her head. Still, she's got a strong character, who tries to do what's right.

The story moves along nicely, not many slow moments. It's easy to drop into Lizzie's world and get to know the people around her. Sometimes the motion details could have been cut back, and I was a little disturbed at how ready and willing people seemed to be to pop into bed with someone else. I would definitely recommend this for a higher YA, since comments and suggestions can get pretty heavy.

As to the plot itself, it's pretty clear cut and keeps up a nice pace. We get to know the characters pretty well, there's a little bit of mystery going on, and there are some unexpected twists and turns. But this is a clear teen romance.

Summed up, I'd recommend this for the higher YA end and teens who love comedy romance with a bit of a fan girl twist. 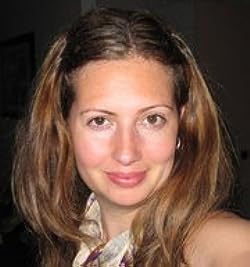 Kirsty McManus was born in Sydney, Australia and moved to Queensland when she was fourteen. When she was twenty-five, she lived in Japan for a year with her partner Kesh and worked as an English teacher. She also spent a year in Canada and then settled back down on the Sunshine Coast in 2008. She now writes part time while designing websites and looking after her two little boys.