Cover Reveal: The Call of Death by R.J. Garcia with Giveaway! 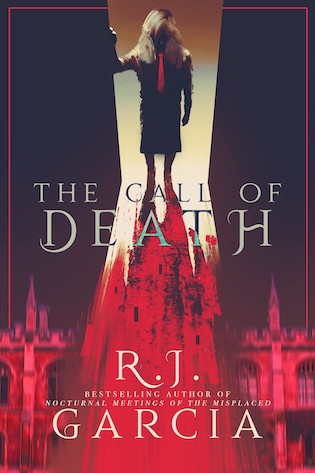 
Fourteen-year-old Hannah Priestly crashes into a terrifying future but wakes up in her dorm room now knowing the name of an infamous serial killer, Norman Biggs. He will attack her in the future unless she and her three male friends can change fate.
Hannah is a suntanned, obsessive-compulsive, California girl dropped off at an English boarding school by her celebrity mother. Hannah has difficulty understanding algebra let alone her increasingly dark visions. Rory Veer is Hannah’s smart, easy-going and romantically challenged friend and school crush. When Norman Biggsunexpectedly appears in Rory’s reality, terror is set in motion. It is Rory who must acknowledge a past he has denied if the mystery is to be unraveled. 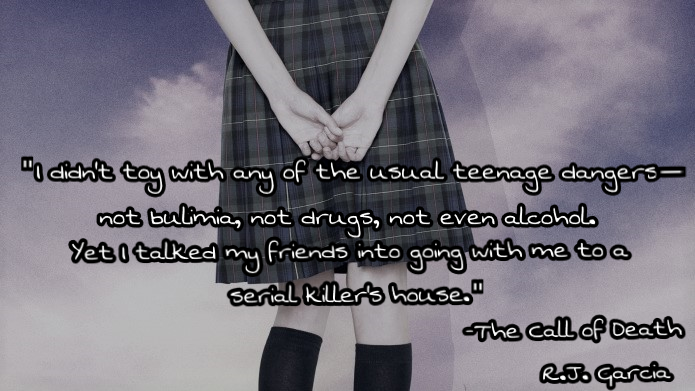 R.J. Garcia is a wife and proud mom. She earned her MSW and worked with foster children and as a school social worker. Writing has been her other great love. She has published several non-fiction pieces. She has been writing short-stories for as long as she can remember. To her amazement, those short stories became novels!

Email ThisBlogThis!Share to TwitterShare to FacebookShare to Pinterest
Labels: Giveaway, R.J. Garcia, The Call of Death