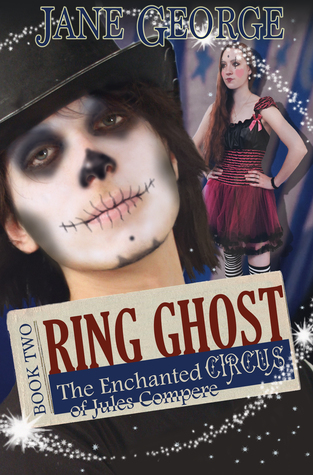 This book switches gears, allowing Evan's boyfriend, Wally, to move into center ring. The circus is on the move as a new 'recruit' falls into the Ringmaster's sights. Unfortunately, bad luck clings to the circus like glue and the new recruit has a history which is going to bring them all into danger.

After enjoying Wally's character in the first book, it was refreshing to now continue the adventure more from his point of view. He carries many scars of his own, but has a heart true as can be. It's easy to sympathize with him as he faces his own demons and is forced into a role he doesn't really want. There's a lot to love about Wally, and this book gives even more reason to root for him and Evan as well as the rest of the circus.

The magic and the reasoning behind it deepen and become a bit more complicated. There's a definite shadow side to all the positive aspects of the circus, which add a perfect amount of tension. The evil aunt of the ringmaster is a delight to hate, although it would have been nice to have gotten to know her a little more personally.

Like in the first book, there's never a dull moment as the characters land in one sticky situation after the other. The array of characters really shines in this second book, and several side ones become especially likable. The ending is packed with twists and turns, and although some explanations got a little foggy, the tension doesn't let up until the very end making it hard to put this book down.