Review: That Thing About Bollywood by Supriya Kelkar 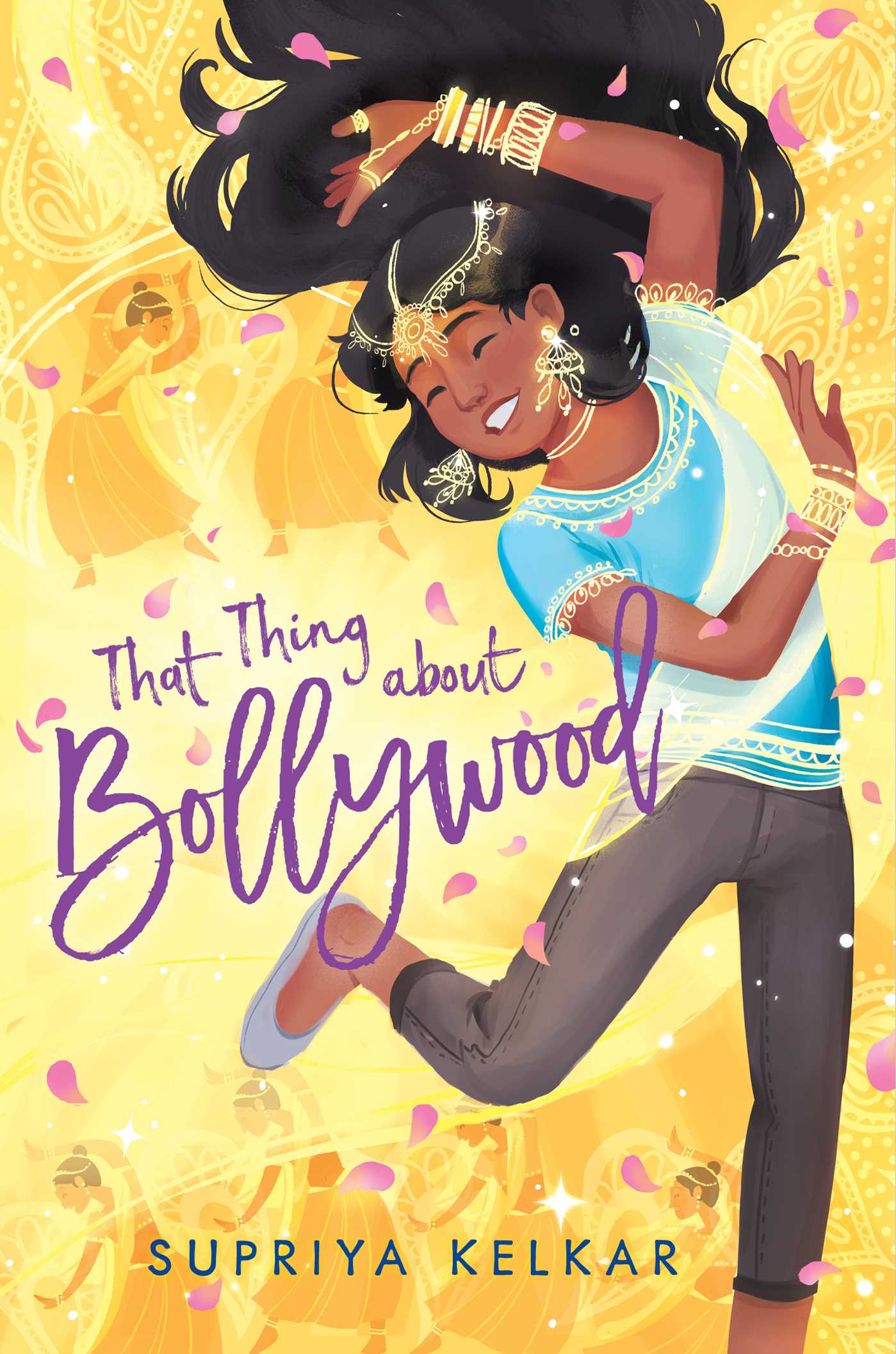 THAT THING ABOUT BOLLYWOOD
by Supriya Kelkar
Simon & Schuster
Middle Grade Magical Realism
352 pages
ages 8 to 12
COMING...
MAY 18th!!!
Bollywood takes over in this contemporary, magical middle grade novel about an Indian American girl whose world turns upside down when she involuntarily starts bursting into glamorous song-and-dance routines during everyday life.You know how in Bollywood when people are in love, they sing and dance from the mountaintops? Eleven-year-old Sonali wonders if they do the same when they’re breaking up. The truth is, Sonali’s parents don’t get along, and it looks like they might be separating.Sonali’s little brother, Ronak, is not taking the news well, constantly crying. Sonali would never do that. It’s embarrassing to let out so many feelings, to show the world how not okay you are. But then something strange happens, something magical, maybe. When Sonali gets upset during a field trip, she can’t bury her feelings like usual—instead, she suddenly bursts into a Bollywood song-and-dance routine about why she’s upset!The next morning, much to her dismay, Sonali’s reality has shifted. Things seem brighter, almost too bright. Her parents have had Bollywood makeovers. Her friends are also breaking out into song and dance. And somehow, everyone is acting as if this is totally normal.Sonali knows something has gone wrong, and she suspects it has something to do with her own mismanaged emotions. Can she figure it out before it’s too late?
GOODREADS   /    AMAZON    /    B&N    /     BOOK DEPOSITORY
BOOK BLINK
* addresses problems such as parental divorce and friendship troubles
* India and culture
* magical elements mixed with reality
MY TIDBITS
I have a soft spot for Bollywood and was thrilled to get my hands on this ARC, hoping that it would hold all the magic and fun of the productions. This book not only does that but so much more.
There's one big rule in Sonali's family—never give outsiders a reason to gossip and embarrass the family. In other words, keep your mouth shut about personal issues. This works fine, normally, but with her parents' increasing fights and sudden pause from each other, Sonali's walls are needing extra fortification. Add that her best friend seems to have found a new friend she likes more...plus, her falling grades...and well, it's a bit much. But she can take it. Unfortunately, as she learns to hold it all back, strange things start happening...things no one else notices. But could her world really be turning into a musical, Bollywood reality?
There are several tough themes in this book, ones very fitting for the age group. While facing parents' separation and divorce is a common issue, this one also addresses the problem of changing friend groups and learning to stand up for what you really think. Sonali has a lot on her plate, but the problems are ones many readers will identify with.
I love Sonali's glow. I'm just going to call it that because her personality...even when she's bottling things up...is really a shining one. She's a positive person, who cares very much about those around her. She loves fun and joy and happiness, and is silly in her own way. Those around her are also very supportive people, but even when there is a lot of positivity, it doesn't mean it always radiates through everything or makes life perfect. But it's this glistening inner part of Sonali, which allows the magical elements to hold the perfect fairy tale atmosphere and Bollywood to come across as if it naturally should be there. The mix of magic and reality is simple well done. Plus, the addition of some of India's culture was nice.
There is a lot going on in these pages thanks to the various issues, and that did mean a little less depth for some of the side characters. There were a couple, I would have loved to get to know a little better. The ending also hit a little off. At first, I thought it might be too quick, but this really isn't the case. It rounds of nicely and wraps things up well. But the main message of the book warped slightly. While Sonali learns her lesson and has a chance to correct her mistakes, one of her parents happens to have the exact same trouble that she does. While this mistake is admitted at the end, it's treated as if its too late and while admitted, the parents doesn't even think of trying to find a way to make amends. It reflects the reality of such situations and, of course, has it's own important meaning, but it cheapened the overall lesson for me.
But this was an awesome read, and I have no doubt any middle graders who know anything about Bollywood will enjoy it.

Born and raised in the Midwest, Supriya Kelkar learned Hindi as a child by watching three Hindi movies a week. She is a screenwriter who has worked on the writing teams for several Hindi films and one Hollywood feature. Supriya’s books include Ahimsa, The Many Colors of Harpreet Singh, American as Paneer Pie, and That Thing About Bollywood, among others. Visit her online at SupriyaKelkar.com.

Email ThisBlogThis!Share to TwitterShare to FacebookShare to Pinterest
Labels: Supriya Kelkar, That Thing About Bollywood