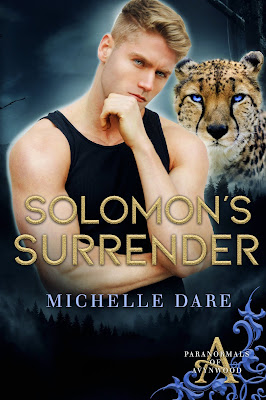 Cocky. No word better described Solomon. He projected the playboy image, but only he knew the truth. Deep inside, he wanted what his brother and friends had—a mate.
Fifteen hundred years was a long time to be alone. Solomon’s pure vampire bloodline and family name made him desirable, but that didn’t take away the loneliness.
Lilah was fiercely independent and distrusting of paranormals out of necessity. Some treated her with contempt because of her half cheetah shifter/half fae heritage. They thought she was beneath them when she was actually superior.
Someone was determined to take Lilah’s life, but who was behind the attacks remained a mystery. Solomon fought off the first assault then became Lilah’s sole protector until he uncovered who wanted to harm her.
One wanted a mate, and the other didn’t. But fate didn’t ask for their opinion. They could only fight what was meant to be for so long before the inevitable happened. If they managed to stay alive, maybe they would learn what it meant to be fated.

Michelle Dare is a romance author. Her stories range from sweet to sinful and from new adult to fantasy. There aren’t enough hours in the day for her to write all of the story ideas in her head. When not writing or reading, she’s a wife and mom living in eastern Pennsylvania. One day she hopes to be writing from a beach where she will never have to see snow or be cold again. 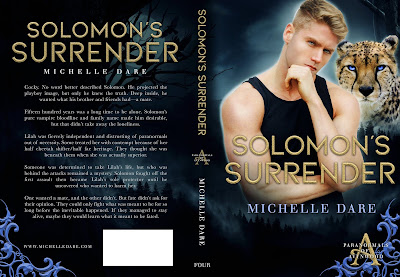