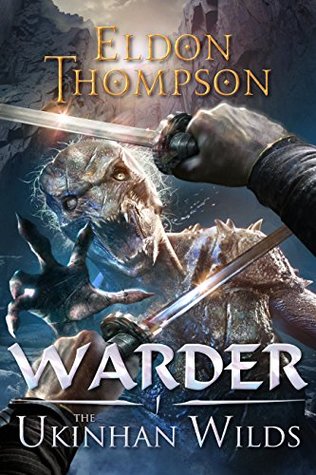 (Note: The battles in this book are vicious and the monsters terrifying. So, it isn't for more sensitive readers)

Assassin. Rogue. Demon’s bane. Dragon-slayer. Kylac Kronus has been called many names, and earned every one of them. Months shy of his seventeenth spring, he is already the deadliest man alive. Nothing—be it man or beast—has been able to prove otherwise.

Uncomfortable with his newfound fame following the War of the Demon Queen, Kylac seeks fresh adventure overseas, recruited by a band of outlanders under royal commission to escort a kidnapped princess back to her father, King Kendarrion, ruler of the Sundered Isle. They warn him that, to do so, he will brave tempest seas full of raging leviathans while seeking to evade those responsible for the princess’s abduction—including a terrifying mutant left over from the days of the Mage Wars.

But when the mutant proves as cunning as it is savage, the perilous voyage gives way to an even deadlier trek across a poisoned wilderness once home to the ancient Gorrethrehn—“Breeders”—a sect of magi known for their foul creation practices. Stalked by bestial denizens, treacherous companions, and horrors that his blades cannot touch, Kylac finds himself embattled as never before. For the mutant is relentless in its hunt, the island’s terrors do not rest, and not even the deadliest man alive can hope to emerge unscathed.


Talk about starting off with a bang! The first chapter begins with very terrifying monsters and an extremely hard fought battle. And the book doesn't stop after that. Every twist and every turn bring more adventures and edge-of-the-seat moments. The title says 'Wilds' and that is exactly what this read is—wild.

I wasn't quite prepared to dive so forcefully into a horrific, monsterly battle. There are characters galore...so many more than I could ever remember or keep up with...but each one is to love or to hate. Boredom doesn't seep in easily, which is good. I did, however, have trouble connecting to the main character, Kylac, which put a bit of a damper on the fun.

Kylac is sixteen, and while he comes across about his age during the first pages, this switches drastically as the story goes on. I believe there is another series written by this author, which already centers around Kylac's earlier adventures. Reading this series first might have brought more insight into his personality. But so, he comes across as anything but sixteen. He's very powerful, an awesome fighter which puts seasoned ones to shame, and often knows more than the other characters. Plus, it always feels like he's kept an arm's length away, making it hard to every really empathize with him.

I was impressed with what appears to be an underlying plot, which I'm assuming will come to light as the series continues. There was already a lot going on in this book, and despite all of the craziness, it seems to be lying on much more. It definitely tickled my curiosity, and considering how fast-paced the book is, I will be watching for the release of the next in the series to see what happens next.

I received an ARC through Netgalley and found this book to be so much more than I thought it'd be.