Review: The Invention of Sophie Carter by Samantha Hastings with Giveaway! 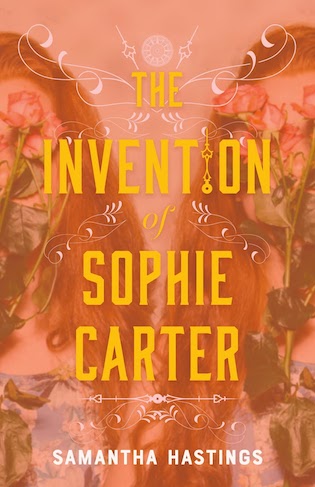 Identical twin sisters take turns swapping places over the course of a summer in order to pursue their secret ambitions in Samantha Hastings’ Victorian YA romance.
1851. Bounced from one begrudging relative to another their whole lives, orphaned identical twins Sophie and Mariah Carter have always relied on each other for love and support, even though the sisters couldn’t be more different.
Brash Sophie wants to be an inventor, and demure Mariah wants to be an artist. Both long to visit London for the summer—Sophie to see the Queen’s Great Exhibition and Mariah to study the world’s finest collection of paintings. But when their cantankerous aunt answers their letter pleading for a place to stay, she insists she only has time and room to spare for one of them.
So, Mariah and Sophie hatch a clever scheme: They will travel to London together and take turns playing the part of “Sophie”.
At first the plan runs like clockwork. But as the girls avoid getting caught by increasingly narrow margins and two handsome gentlemen—both of whom think they’re falling in love with the real Sophie Carter—enter the equation, the sisters find they don’t have the situation quite as under control as they thought.
With all sorts of delightful Parent Trap-style identical twin hijinks, The Invention of Sophie Carter is the perfect light-and-sweet palate cleanser.

Sophie and Mariah are identical twins, who have had a rough start in life. Their parents died when they were very young, and the foster parents they were given to sent them away when a son was born. The two girls then spent many years working for a unkind couple. So, when their only existing relative, an aunt who hated their mother, invites Sophie to London with the hopes of bringing at least her into a solid marriage, Sophie can't leave Mariah behind. Secretly, they live in their aunt's bedroom, acting as Sophie as they switch places, and Sophie heads out into London to follow her true dream—to become an apprentice and later an inventor. She's sure that with income, she can support both her and Mariah, but society isn't nearly as progressive as she wishes. Unfortunately, many other things keep popping up, which even makes it questionable how long the two can even keep up the scherade.

The minute I read the first page, I knew I was going to like this one. The writing style is easy to read and yet holds a nice, historic flare. But then, the author has not only placed this tale in an historical time period, she's also added true historical figures and tried to build in a few facts, while weaving these into the story. It creates a world, which comes to life and invites to get lost in. These girls are easy to get swept away with, anyway.

Sophie is risk friendly, shares her opinions fairly openly, and works to achieve her dreams. Mariah, on the other hand, is quieter, polite, and not nearly as out-spoken. The two stick together no matter what, and even when they do disagree, find ways to iron things out again. It's a wonderful sibling relationship, but one with enough pricks and pokes to make it fun.

The pacing is smooth and fast enough to keep me from laying the book down. Not only do Sophie and Mariah have to go up against a very unpleasant aunt, but they thread interesting relationships with those around them. The side characters are packed with personality, and add quite a bit of tension as well as humor. Of course, all of this is made more difficult as the two girls try to keep their secret from being discovered. It's simply fun to watch how things slip and twist, and emotions flip in all directions along the way...especially on the romance end.

It's simply a sweet, historical tale, which not only demonstrates how women were scene at that time, but inspires with sisterly love. 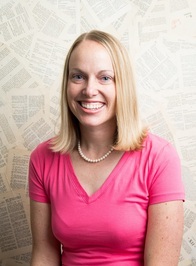 Samantha Hastings has degrees from Brigham Young University, the University of Reading (Berkshire, England), and the University of North Texas. She met her husband in a turkey sandwich line. They live in Salt Lake City, Utah, where she spends most of her time reading, eating popcorn, and chasing her kids. She is the author of THE LAST WORD, THE INVENTION OF SOPHIE CARTER, and A ROYAL CHRISTMAS QUANDARY.