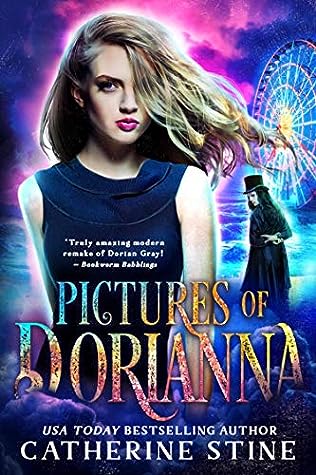 Internet followers, beauty, power. It all sounded good.Until it transformed into a terrifying reality she couldn’t stopWhen her father is jailed, her mother ships lonely, plain Dorianna to her aunt’s in Brooklyn, NY. There, Dorianna yearns to build a new identity, but the popular Lacey bullies her—mostly for getting attention from her ex, Ander.Ander takes Dorianna to Coney Island where Wilson, a videographer, creates a stunning compilation of her. She dreams of being an online sensation, as she’s never even had a birthday party, and vows she’d give anything to go viral. Wilson claims he’s the Prince of Darkness and offers her the beauty and fame, even love she’s dreamed of—warning her that a pledge has its downsides. Dorianna has no idea of how dire those consequences might be.She’s thrust into the spotlight, and an incomprehensible nightmare. Not only is she prettier, she’s gaining harmful powers of manipulation. When her dark forces grow beyond anything she can control, she’s desperate but clueless as to how to stop them.

I was excited to see a twist on The Picture of Dorian Gray and happy to dive into this read.

After watching her father land in prison, Dorianna's mother sends her to live with her aunt for awhile. Dorianna isn't certain things will go well but is ready for a fresh start where no one knows of her father's horrible past. Determined to make life better, she hits the new high school and tries to remake herself into what she thinks she should be. Of course, things don't run as planned, but she discovers help in a cute guy and his very eccentric, video-making-master friend. Agreeing to give up anything to become popular, the dark new friend transforms her into an internet star. But the more popular she becomes, the more she turns into something she definitely doesn't like.

This is definitely an original, exciting twist on one of my more favorite classics. The author uses modern day internet/social media platform craziness as the base and lets it lure in and transform. Dorianna's desire to become beautiful and popular are understandable, and especially teens will easily identify with this wish. Unfortunately, I found Dorianna hard to like most of the time, even before she 'transformed', which already broke off the needed sympathy for me. Her past was harsh, her hopes understandable, but her behavior was often selfish, especially when it came to her aunt. The other characters fit well into their cliches—hot popular guy, jerky popular girl and such. Bailey, a friend of Miss Not-nice-popular, was a treat and by far my favorite character. Also the evil, dark Wilson, who lures Dorianna in, was well done and interesting.

The plot runs along at a nice pace and does a pretty good job at keeping the tension high. Dorianna's changes demonstrate that popularity and the desire to be liked aren't always a wonderful thing, and can do more harm than good. It is a nice message woven into an original tale, which is sure to interest audiences of darker fiction with a few thrilling moments thrown in.