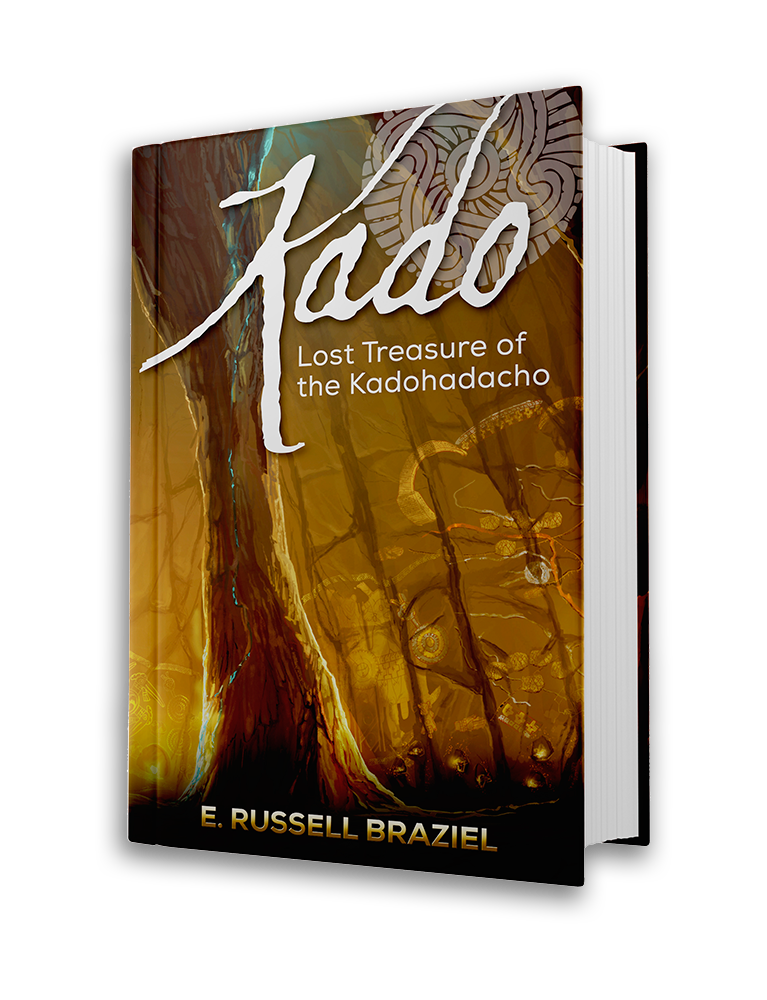 Eighteen-year-old Tom Murrell could never understand his father’s dreams of carving a new life out of the wilderness. He wanted to do something else with his life besides spend it behind a plow, but with the family moving to the Red River in Arkansaw Territory, he was stuck.
Everything changes for Tom when he witnesses the death of Tiatesun, spiritual leader of the Kadohadacho tribe, and is drawn into a raging conflict between the Kado and their arch enemies, a renegade band of Osage.
His new friends Mattie and James say there is no alternative. They must use a cryptic map, drawn in a bible by Tiatesun in his own blood before he died, to find this place called Na-Da-cah-ah. Only then can Tom be sure that his family and friends will be safe.
But it is a race against time—a race against Wey Chutta’s Osage. Dangers are everywhere. The only chance to save his family is for Tom, Mattie, and James to join with six Kado warriors, make sense from the many clues they uncover on their quest, and discover the real Na-Da-cah-ah.

This is an exciting, historical weave, which draws in and promises more than a little adventure.

Tom is an average eighteen year old, ready to head into life but still held back. He's followed his family to the wilderness in Arkansas but wants more from life. And this dream comes true, but not nearly in the manner he'd thought or hoped it might. Soon, he finds himself on an adventure with some unexpected company to try to save his friends and family.

This tale weaves around a lesser known tribe, the Caddo. It does do a nice job at bringing life during this time period across, and yet, adds more. The tension picks up quickly as life takes a violent and dangerous turn, which propels the entire story into a fast-paced adventure. It's exciting and, at the same time, weaves in information from the Native American tribe.

The characters are easy to connect with and develop well during the tale. Tom has a lot to learn, but his decisions are understandable. There's a lot to enjoy in these pages, and the mix between historic elements and adventure are sure to keep young adults reading until the end.


Too find out more... https://kados.com/about#the-book

They're also offering fabulous "bags of treasure" for people who sign up for serialized chapters of the audiobook. The bags include real arrowheads, historically accurate molasses candy, stickers, bookmarks and more!
on July 25, 2019