A great and fun book for kids to learn about Pluto and our solar system!

Pluto used to be a planet and one day it was not a planet.

This is a story of Pluto feeling rejected and sad, and how he felt like he wanted to belong to something.

He searched and searched, and eventually meets Eris, a dwarf planet, that tells him he is a part of her family, the dwarf planets.

This heartfelt picture book combines a popular science topic with themes such as belonging, searching for identity, acceptance and friendship.

Pluto becomes a planet readers will want to hug in this cute tale, which includes a bit of astronomy along the way.

Pluto was a happy planet. Then one day, he received a letter which claimed he wasn't a planet. But if he wasn't a planet, Pluto didn't know what he was. None of his friends seemed to know either. Just when Pluto starts to feel lonely and unloved, he runs into a dwarf planet and things change.

Young planet fans will enjoy this cute tale, which warms the heart. It's hard not to feel sorry for Pluto as he's suddenly no longer considered a planet. As Pluto searches for its identity, the author weaves in beginning information surrounding asteroids and comets as well. The information flows seamlessly into a lovely story of friendship and finding ones place.

The illustrations are well done and fun to flip through. They especially do a great job at visually bringing across more factual information such as the line-up of the solar system. Still, there's a nice amount of fantasy built in, making it fitting for the age group.

I didn't read the first book in the series, but that wasn't a problem. These books can be read in any order. 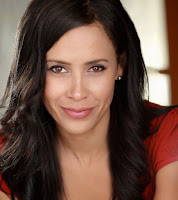 Carmen Gloria was a Sergeant in the U.S. Army, now a veteran, with a Bachelor of Arts Degree in Government and International Politics from George Mason University. She was born in The Bronx, New York and moved to Puerto Rico at the age of ten. She is a member of SCBWI and is a writer, artist, award-winning actress, experimental short film writer/director, and even co-wrote two songs in the Billboard Dance and UK Pop charts. After moving to Norway in 2017 with her family, she decided to focus on her writing. She launched her first children’s picture book series as an author and illustrator, in which the first book "Thank You Mercury" made the Best New Space Books 2019 list by Book Authority.