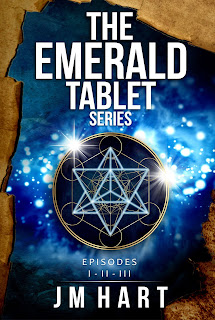 The Emerald Tablet Omnibus Edition; three books in one.

Shaun can’t shake the deep anger over his mother’s death. But when his father’s desperate actions release parasitic hell-beasts upon the world, he has a much bigger fight on his hands.
Kevin hoped his country would be immune to the pandemic turning everyday people into psychopaths. But as his horror grows, an incredible new power could be the only thing that prevents Earth’s destruction.
Sophia is terrified of God’s plan for her. Plagued by visions of planetary devastation, she prays she can reach her allies in time to save humanity.
As doomsday approaches, can the teens accept their destiny in time to protect their world?

The Emerald Tablet: Omnibus is three books of dark speculative fiction in one. If you like brave teenage heroes, intriguing mystical connections, and apocalyptic international settings, then you’ll love JM Hart’s incredible collection.

Buy The Emerald Tablet to unlock the adventure today! 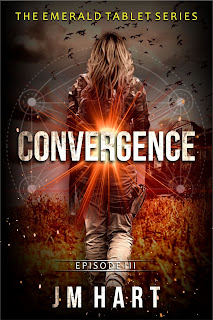 As doomsday approaches, can the teens accept their destiny in time to protect their world?

Seven special teens. A deadly ancient evil. Can they combine their unique powers and halt the infection before humanity is obliterated?

Shaun is dying. The plane’s engine is failing.  Kevin must open a portal to catch the falling plane and save Shaun's life.

Sophia is terrified of God’s plan for her. Plagued by visions of planetary devastation, she prays Shaun and Kevin can reach her in time to save humanity.

For a limited time only book one, of the trilogy Shadows of Doubt is only  $1.00 on Amazon https://www.amazon.com/dp/B07K69DXG4 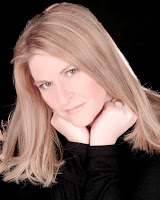 JM Hart was born in Sydney, Australia and has been a storyteller from a young age, with a particular interest in horror and things that go bump in the night.  Favorite authors include Stephen King, Clive Barker, Dean Koontz, to name but a few.  After being told at the age of 11 that writing about dead bodies and newlyweds dying in a plane crash was unbecoming, JM’s life was instead directed towards bookkeeping and finance.
For the next twenty years, immersed in a point-of-sale advertising company, JM occasionally wrote advertising blurbs, learnt how to ride a motorcycle, taught color physiology to spiritual mediums, meditation and relaxation, studied Religions, Kabbalah, tarot cards, astrology, creative and professional writing, philosophy and volunteered at palliative care, and worked on the local church newsletter – not quite the appropriate outlet for a writer interested in the supernatural. And she became a grandmother.
Social Media Links –
https://www.pinterest.com.au/jmhartwriter/
https://www.facebook.com/JM-Hart-Writer-208264706568204/
https://twitter.com/JMHartWriter