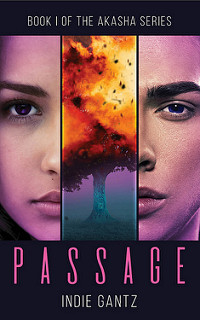 
The Akasha Series #1
by Indie Gantz
YA Science Fiction/ Fantasy

On Day One, Charlie Damuzi and her mute twin brother, Tirigan, are blissfully unaware of the dangerous world they live in. They may be aliens living on Earth after the extinction of humans, but to Charlie, life is pretty mundane. On Day Two, the Damuzi family is ripped apart by a secret that forces the twins to flee the only home they’ve ever known. Determined to reunite their family, Charlie and Tirigan travel to uncharted territory in search of their salvation. But that’s just Charlie’s side of the story. In the future, forty days from when we first meet the Damuzi twins, Tirigan is on the move. His destination is unknown, as are the people he’s surrounded himself with, but his mission is still the same. Keep his sister safe and reunite their family. However, as Tirigan attempts to navigate the complex bonds he’s formed with his companions, he’s forced to confront the one thing in life he has yet to fully understand. Himself. Family. Deception. Power. Destruction. It all begins on Day One.

You can find Passage on Goodreads
You can buy Passage here: - Amazon - Amazon Paperback - B&N Paperback

With a unique twist and changing points of view, this is a read to enjoy.

Charlie and Tirigan are alien twins born on Earth after humans have gone extinct. They've spent their lives traveling with their parents across the globe, meeting few people along the way. When their mother is suddenly captured, their father unveils a dangerous secret which forces the twins to flee to an unknown side of Earth on their own. This part of the story is told from Charlie's point of view, while her brother, Tirigan, slips in every few chapters with flashes to the future where they are on a dangerous mission and he must somehow protect her life.

When I picked this one up, I wasn't quite sure how these two points of view from two different time periods would slide together. But the author accomplishes this goal seamlessly. While Charlie does handle most of the book on her own as her and her brother find their world turned upside down and battle to figure out who they are, how they fit in and what they must face, Tirigan comes in only every few chapters as he divulges a dangerous scene in the future, where him and Charlie are closer to their main goal. While the future scene does give away certain bonds of future friendships and alliances, it by no means reveals enough to hint at the answers to the main questions. Instead, these glimpses give Tirigan much more character depth and allow the reader to connect with him on a level which isn't possible earlier. It's clever and works.

Although twins, Charlie and Tirigan couldn't be more different, and that makes these characters endearing. Both are determined, willful, kind, uncertain and smart, and thanks to Tirigan's refusal to talk to others and sole communication through his and Charlie's ability to read each other's thoughts, share a very powerful bond. Still, their personalities clash hard. Charlie is emotional, spontaneous, optimistic. Tirigan is more like a 'Spock' from Star Trek. His emotions are extremely held back, he's logical, and highly intelligent. Both, however, are easy to feel for and cheer for.

There's never a boring moment, and the plot layers as the tale deepens. Action is mixed with moments of question and discovery. The author takes the time to let explanations hit home, allowing the history and circumstances to gain somewhat solid footing—times when the story does slow down. But it's exciting to follow Charlie and Tirigan as they try to discover themselves and their world, while an unclear danger hangs over their heads. Especially since every character they meet is as intriguing as they are.

Science fiction meets magic in a dystopian atmosphere, making this a cross-genre read. Tirigan and Charlie like their mother and an entire species, have a magical ability to control the four elements. Take this with a secret control, which no one seems to fully understand or know about and the dystopian side hits as well. It's a great mix which makes for an intriguing read.

The worst part of this book is the cliff-hanger ending. Nothing is wrapped up by the end and the reader is left wanting more. And I want to know what happens to Charlie and Tirigan because these two appear to have tons of danger, excitement and secrets awaiting them. 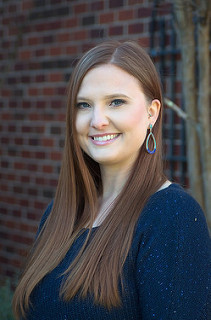 Indie Gantz grew up in Northern Virginia and received her Psychology degree at George Mason University. Despite her passion and curiosity for the human mind, Indie left her chosen field of study to finally give voice to the many imagined minds she has created. Indie lives with her family in North Carolina. She spends her days drinking tea and clacking keys.

Email ThisBlogThis!Share to TwitterShare to FacebookShare to Pinterest
Labels: Indie Gantz, Passage, The Akasha Series, YA Fantasy, YA Science Fiction, YA SciFi