Happy Book Birthday, Watching You by Shannon Greenland with Giveaway 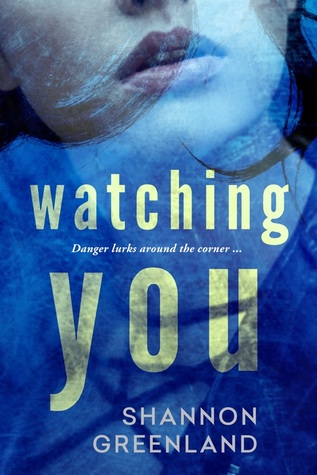 
Viola’s always been that girl from thatfamily, so a scholarship to a prestigious private school in Florida was supposed to be her ticket out of poverty and into a brand-new life. But Viola’s secrets have followed her. Her relationship with the intelligent and gorgeous Riel should have been the salvation she needed—he understands her troubled past better than anyone. But then weird things start to happen.
Frightening messages.
Missing personal items.
The unsettling feeling that she’s being watched.
Viola’s never been one to give her trust easily, but she’ll need to trust in Riel if she’s going to survive her stalker. Because she’s not fighting for a new life anymore—she’s fighting to stay alive.

Emotion, hopes, and dreams mix with increasing tension to create a thrilling ride,

Viola can't believe that she's finally achieved her goal of gaining entrance as well as a scholarship to her dream school. Although her past and family are anything but many consider ideal, she now has a chance at a bright future as well as the possibility of bringing her mother and younger twin sisters out of a less than pleasant life. But this sudden golden chance starts to tarnish. Not only does she meet Riel, a hot, super nice guy who she 'took' the scholarship from but discovers that hiding the lies she told to get the scholarship might not stay hidden. Jealousy, prejudice and an ever lurking chill as if someone is following her bring darker shadows than she suspected.

This is one of those reads which grabs at the beginning and digs in its claws the deeper the tale goes. Viola is exactly the kind of heroine to cheer for. She carries tons of baggage but refuses to let it block her future. Determination drips from her character even though she still is a little hesitant and unsure of herself. She holds secrets, but her lies are easy forgiven since she has a heart of gold. The hero slides right into place with her, carrying all the tension, desire, confusion and appeal a hero should. Mix in colorful friends and possible enemies, and the personality plate is full.

The scene of a rich school has its moments of cliche but it works out well. Viola's life and the moments she experiences come across clear and believable. Florida takes on its sunny shine and leaves beach dreams. The interactions, concerns and decisions the characters make are understandable. The author does a great job of building the relationships in many directions and bringing them to a personal level. This makes it easy to fall into the characters and get lost in their worlds. As the tension builds, it's no problem to fear for them and cheer them on. Especially Mar adds a nice touch.

A careful web is woven to make it difficult to see who the real 'bad guy' is. Clues are dropped here and there, some more clear cut than others. For the most part, it keeps the reader guessing until the very end. The last scenes hold enough tension to make the breath catch, and the ending rounds everything off nicely and makes sure to tighten most loose ends.

This is a great read for fans of high school drama, diverse reads, heroines from difficult backgrounds, romance, and, of course, reads which keep the danger increasing until the very end. 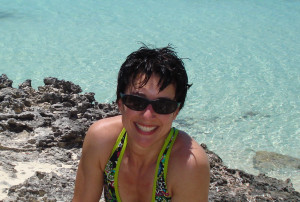 Shannon Greenland is the award winning author of several novels including the teen spy series, THE SPECIALISTS, and the YA romances, THE SUMMER MY LIFE BEGAN and SHADOW OF A GIRL. She also writes thrillers under S. E. Green and lives off the coast of Florida with her very grouchy dog.

Email ThisBlogThis!Share to TwitterShare to FacebookShare to Pinterest
Labels: Giveaway, Shannon Greenland, Watching You, YA Thriller